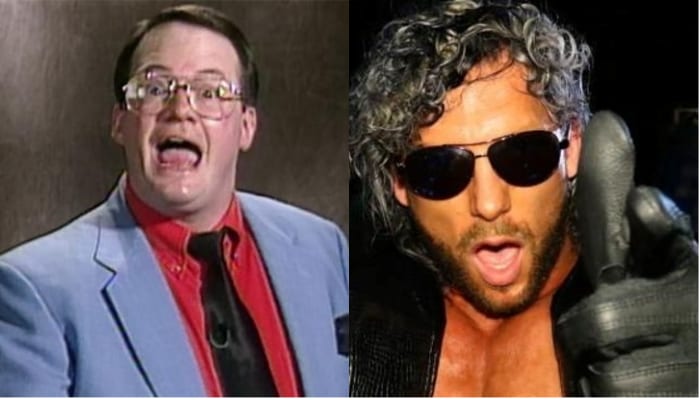 Jim Cornette has made no secret about the fact that he doesn’t really appreciate some of the more over-the-top antics Kenny Omega takes part in. From wrestling a little girl to other things that “kills the business,” Cornette doesn’t like people taking the pro wrestling business as anything less than seriously.

Cornette recently fired a shot at Kenny Omega’s “Golden Lovers” tag team partner Kota Ibushi and he didn’t have anything nice to say about him either.

Omega threatened Cornette not to force his hand for polluting his timeline once again. It sounds like Kenny Omega just doesn’t want to hear Jim Cornette’s opinion because The Cleaner seems to be doing okay without any extra advice.

So apparently this is the "great" Kota Ibushi that some people rave about, another piece of shit playing wrestler that hangs around with noted disgrace to our business @KennyOmegamanX . Birds of a feather shit the same, apparently. Someone please tell him I said Fuck You. https://t.co/txpdFpKfsD

Jim, I warned you about this. I said you could use my name to continue making your living as long as you refrain from polluting my TL. Don’t force my hand.