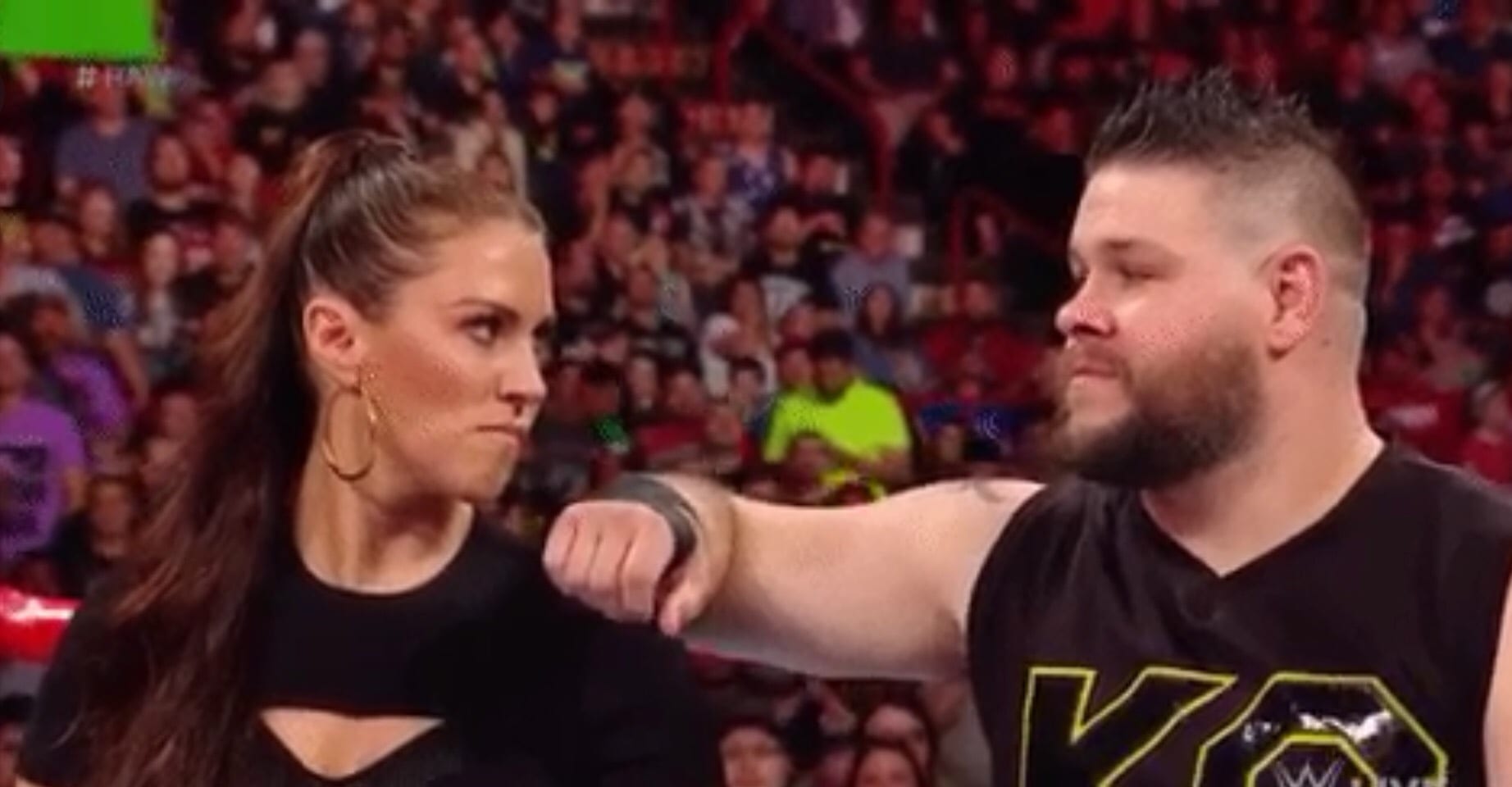 Raw started off this week with nearly one-hour of straight Roman Reigns. But during this opening segment, Kevin Owens accidentally put his elbow on Stephanie McMahon’s shoulder causing her to tell him off. “Don’t do that ever again,” she snapped at KO before booking a match between him and Roman Reigns.

Dave Meltzer wasn’t too happy when he saw this angle go down like that and commented during Wrestling Observer Radio how Kevin Owens shouldn’t be talked to like that. But there is a pretty simple reason why it was written that way.

“What was the need for that? I mean Kevin Owens is semi-top heel, not number 1 heel but certainly main event heel he’s main event every single house show. Why does she need to emasculate him? She’s already over she’s a McMahon. I know how it’s scripted but it’s stupid. Don’t make the wrestlers out to be freaking peons.”

“If it added to something and there was a positive to it I would be like, ‘yeah whatever’ but this is like — and it’s not her it’s the writers and it’s Vince who’s writing the character. But it’s like if Stephanie is going to be a heel then backing down a heel doesn’t help her be a heel and backing down a heel doesn’t help the heel get mroe heat and be more menacing, he’s backing down to a woman. It’s like, isn’t he supposed to be kind of something, kind of a main eventer?”

“It doesn’t help Stephanie it waters her down if anything because she backed down a heel and Kevin, f*ck it does nothing for him.”

Bryan Alvarez that wrestlers come and go, “they could unionize for all we know but Stephanie is always going to be there” which is true in a manner of speaking. But WWE still needs to book their stories so Stephanie McMahon looks like an untouchable boss reserved only for spots with Ronda Rousey because she’s in a class all to herself.