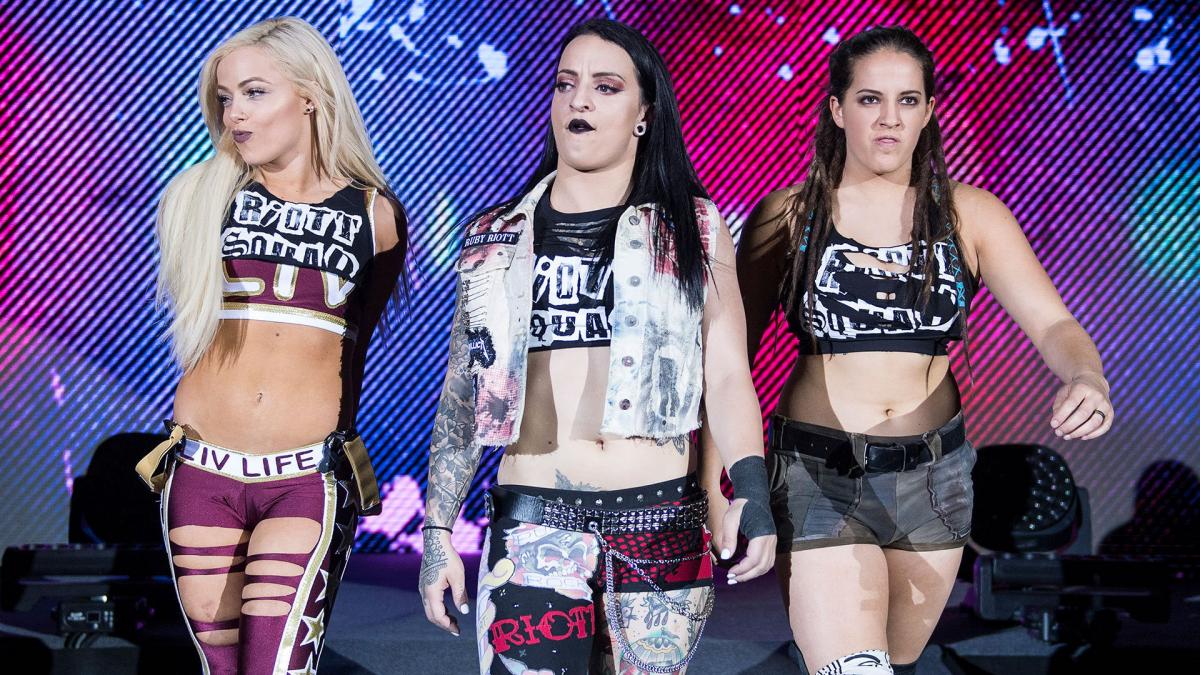 Next week on Raw there is a second-chance match for the final women’s Money In The Bank spot which will see all three members of the Riott Squad facing off against each other.

Ruby Riott, Liv Morgan, and Sarah Logan haven’t really had a chance to show what they can really do yet and they are highly entertaining as a faction. Sarah Logan obviously realized this and sent out a simple message saying, “we ain’t them” likely meaning that the Riott Squad isn’t like other teams who might break up over a match.

But with all three members of the Riot Squad in the match, they could really have their way with changing the outcome if they banded together.