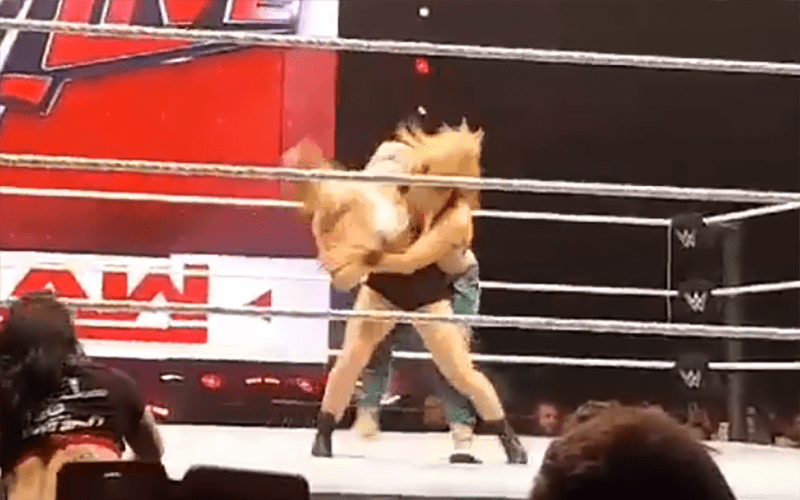 Geneva Switzerland was supposed to see Ronda Rousey’s first WWE singles match against Mickie James but instead, they switched up the plans.

Ronda Rousey tagged with Natalya and Ember Moon to take on Mickie James, Ruby Riott, and Liv Morgan in a six-woman tag match.

As you can see from the clip below, Rousey did pretty well for herself winning the match for her team.

The finish was very action-packed it just makes us wonder why they pulled Rousey from a singles match since she needs to get practice at having those because she’s set to battle Nia Jax at Money In The Bank for the Raw Women’s Championship.