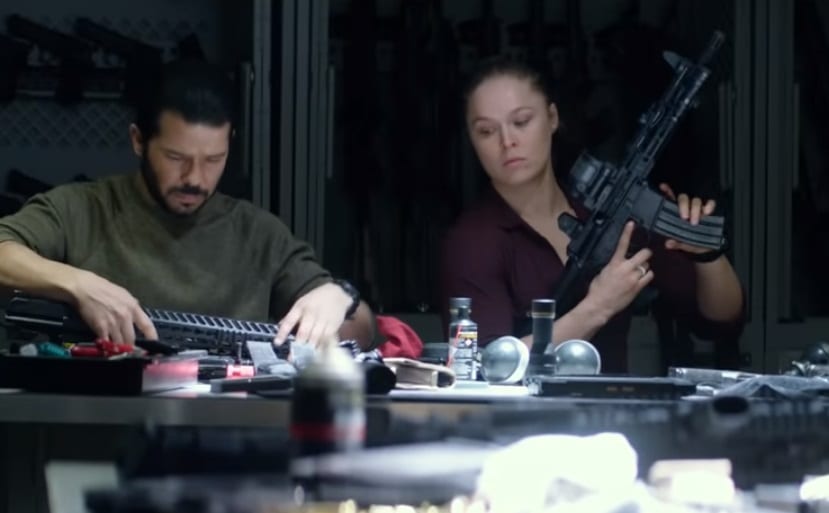 Ronda Rousey was busy filming a movie called Mile 22 before the Royal Rumble which was the reason why we thought she wasn’t going to be able to make the show in the first place. But she did jump on a private jet from Columbia just to make an appearance in Philly only to get back on the plane and head back to finish up the movie.

Now the trailer for the upcoming Mark Wahlberg movie dropped and it looks pretty intense. Ronda can be seen plenty of times carrying around a gun too.

So you can check out the trailer below to see what Ronda Rousey was up to before WrestleMania.