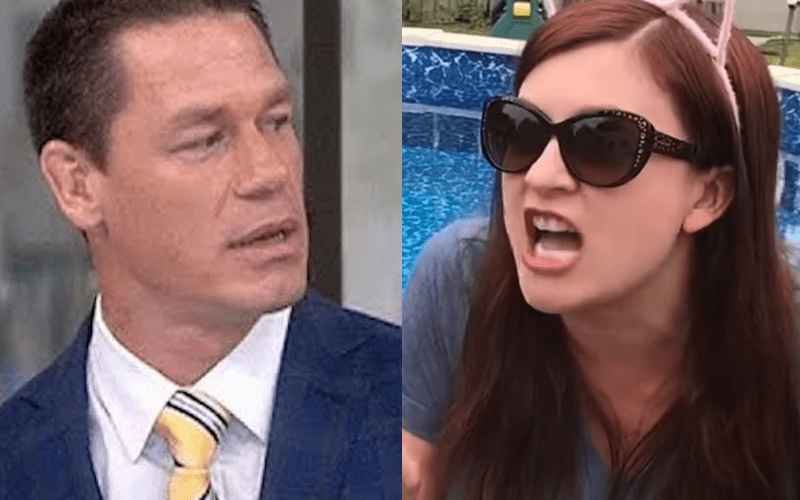 We previously reported how a YouTube star went ape on a life-sized John Cena cardboard cutout with an ax. It looks like she’s at it again but this time she left her weapon in the toolshed.

Heel Wife aka Dollkat unloaded on John Cena’s recent Today Show interview not only claiming to be the reason the interview took place but that Cena didn’t speak one shred of truth in the process.

Dollkat was upset about several things in the interview from the fact that he did it on a Hollywood friendly platform to the fact they didn’t ask him about chlamydia. She then continued to rant for the entirety of the video about how John Cena is covering his tracks and is a “lying douchebag.”

You can check out the video below to see Heel Wife’s reaction while watching the entire Today Show interview with John Cena where he said he wanted to be the father of Nikki Bella’s kids and settle down with her. This YouTube star isn’t buying it and she has no problems letting people know about it either.