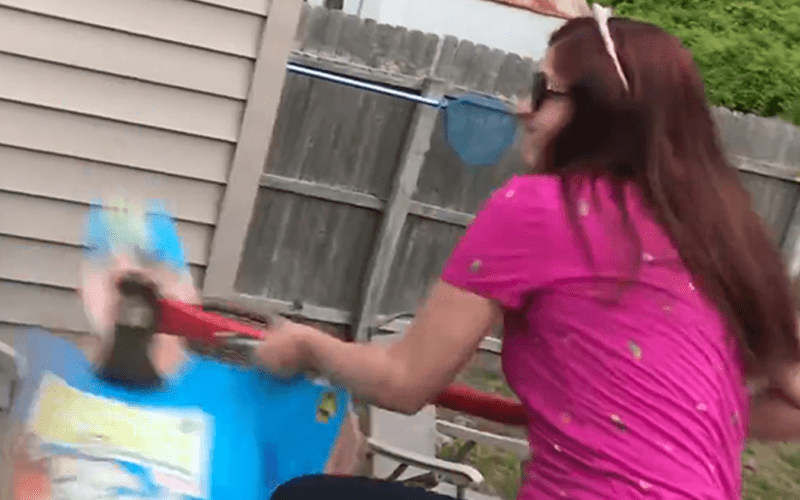 Some people are taking John Cena and Nikki Bella’s breakup better than others. Grim’s Toy Show is a very popular YouTube channel featuring lots of action figures and comedy. But one thing you can’t really do on the show is put over John Cena especially in front of Grim’s wife.

Heel Wife or Dollkat recently reacted in a rather unusual way when her husband received a life-sized John Cena cardboard cutout display in the mail. Instead of figuring out a place to put it in their house she decided to come up with the best way to destroy it.

Dollkat doesn’t like John Cena, hates the idea of him making more money, and commented that he should be in jail. She’s not happy about some of Cena’s recent life choices and obviously didn’t want to see him around her house.

It was bad enough that Grim started out the video going out in public looking like a total Cena mark which left her highly irritated, to begin with.

In the end, her weapon of choice was an ax and as you can see it was a highly successful endeavor.