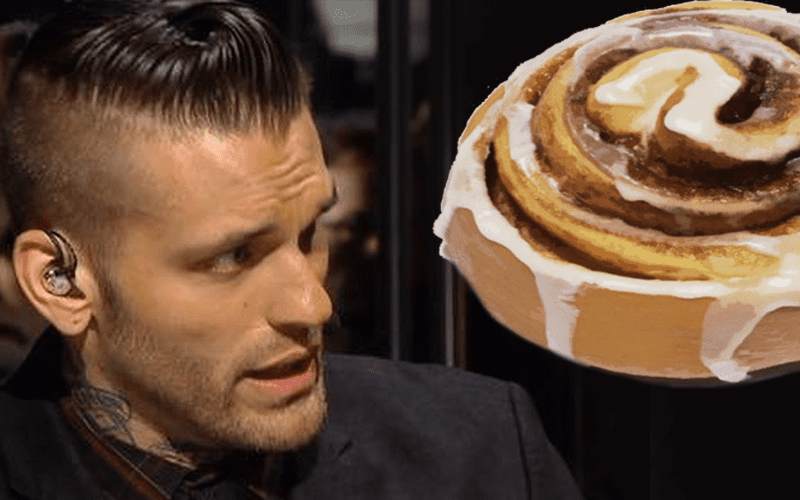 Corey Graves is in good shape even though he hasn’t been cleared to wrestle in a very long time due to concussions. But he’s still on television multiple times a week so he needs to keep his figure in check.

Graves recently updated fans to let them know that he recently had Cinnabon for the first time in about 10 years and it was an interesting ordeal.  He went from elation to self-loathing in no time which is a common feeling while enjoying the popular fast-food cinnamon roll.

It looks like today was a big “cheat day” for the Savior Of Misbehavior.

Just ate @Cinnabon for the 1st time in probably a decade. It was an emotional rollercoaster. From elation to self-loathing in under 5 minutes. 🤤