Russo opens today’s show by discussing last night’s episode of RAW. He points out that after suffering through just over 2 hours of RAW, he turned off the show. He couldn’t take any more, especially after watching over 3 hours of programming during the Backlash show the night before, when zero effort was put into the creative direction.

He points out that the guys and girls are working their butts off, because that’s what professionals do. Sami Zayn works just as hard today as Steve Austin did during the attitude era, and he’ll never discredit the effort of the performers. Unfortunately, the same can’t be said for the effort from the creative team because it’s just abysmal right now. 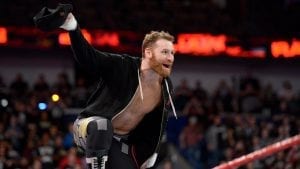 There’s no doubt in his mind that RAW and Smackdown are the worst two shows on television right now, and he’d never watch them if it wasn’t for all of his fans who love to hear his reaction to the shows. His fans know that he’s going to tell it like it is, and they pay to hear these opinions. He wants to give his fans everything they expect and more.

He points out that when he doesn’t enjoy something he stops watching it, and most people do the same. He watched first few episodes of Netflix’s GLOW and enjoyed them, but the show lost him after that. He stopped watching because that’s what people do when they stop being entertained by shows. This is exactly what’s happening to WWE’s viewership today.