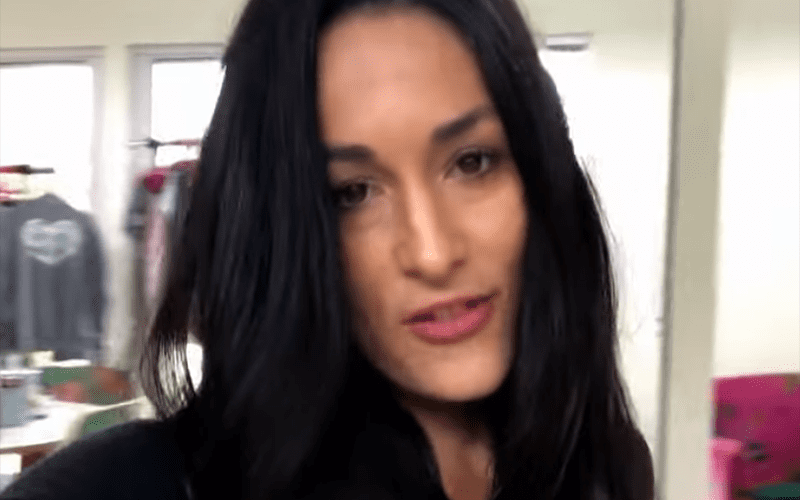 Nikki Bella revealed in a new YouTube video that was uploaded today that she has moved in with her sister Brie following her breakup with John Cena.

“I’m already here working in the office since I’ve been staying at Brie’s which you all know why,” said Nikki.

Nikki also revealed that she has gained a few pounds recently and is trying to cut back during this what she describes as a “difficult time.” Before promoting the new season of Total Bellas, Nikki said she plans to elaborate more on these “tough times” in another blog.

You can check out her remarks embedded in the video below.