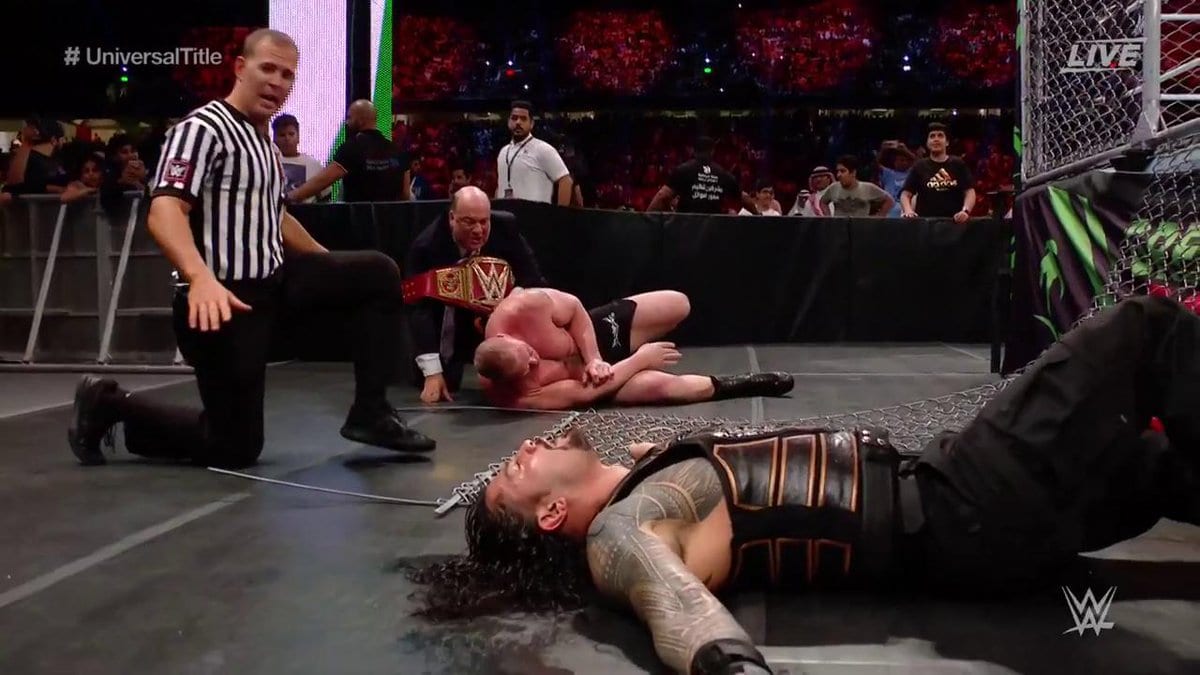 In what looks to be a storyline update that could be featured on WWE television, WWE referee Chad Patton took to Twitter and apologized for the controversial finish to the Steel Cage match between Roman Reigns and Brock Lesnar at Friday’s Greatest Royal Rumble event.

I understand i made an incorrect decision & want to apologize. During the #UniversalTitle match at #WWEGRR, i saw Brock Lesnar go thru the cage first and was concerned for the health and safety of both superstars.

For those that didn’t see the finish, Lesnar ended up with the victory after Reigns speared him through the cage wall, causing Lesnar to hit the floor first on his back. It will be interesting to see if WWE follows up on this angle on tonight’s episode of RAW, as Reigns is set to face Samoa Joe at Sunday’s WWE Backlash event.