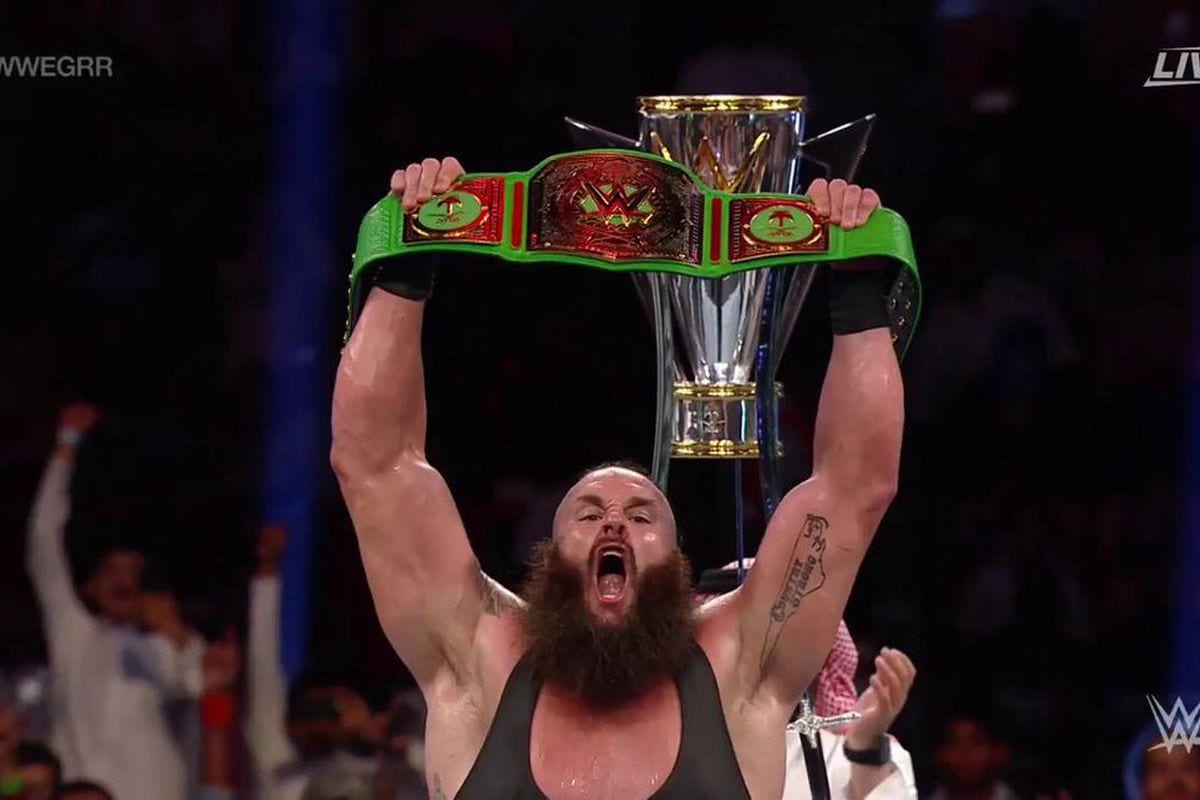 When Braun Strowman won the Greatest Royal Rumble he received a big trophy and a green belt with palm trees on it.

As you can see here the trophy made it to Montreal for Raw this week, therefore, the title probably will be making an appearance as well. It was speculated that Raw could start out with Braun Strowman this week but nothing has been confirmed.

However, the presence of this trophy does confirm the Greatest Royal Rumble is definitely going to be a topic of conversation during the show this week. Let’s just see if the trophy makes it through the show because pro wrestling and awards don’t have a very good history when it comes to destroying them for heat.