Lane opens today’s show by playing an audio clip of PWTorch’s Wade Keller. Keller talks about salivating over all the potential matchups for Daniel Bryan now that he’s been cleared to perform again, but he’s angry that WWE decided to book Bryan against Big Cass at Backlash. This is exactly what Russo has been preaching about for the last couple of years. Keller is a 45 year old man who’s salivating over fake fights. That’s quite concerning in Russo’ opinion.

Pro Wrestling Sheet’s Ryan Satin tweeted out this week that there are too many websites reporting false news that comes from only one source. He urges other dirt sheet writers to step up their work. Russo can’t believe Satin tweeted that out after he’s been wrong with reports multiple times. Lane points out that Satin is simply a hypocrite. 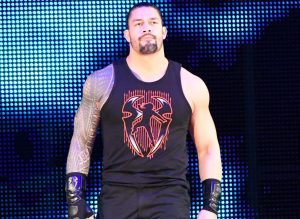 Lane plays another clip of Keller who’s talking about Roman Reigns this time. Keller says Reigns is boring and isn’t motivated to change it. He added that Reigns is more concerned with being home with his family than improving as a performer. Russo points out that Reigns is a student of the game who’s been raised in the business.

There’s nothing Reigns can do to change his character because he’s not booking the show, and he’s not going to go off script and be penalized for doing so. To imply that Reigns isn’t motivated is wrong in Russo’s opinion, adding that Reigns has never phoned it in during a match.