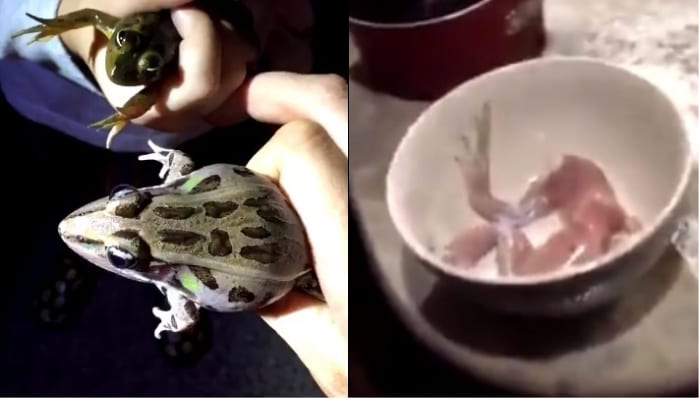 This might sound odd to some people but “frog gigging” is fun for a lot of outdoor enthusiasts and apparently NXT star Lacey Evans is one of those people.

Lacey recently took her daughter and some of her friends frog hunting while documenting the entire experience on Instagram. It doesn’t look like her daughter was into eating her catch even though she loaded up the plump frog legs with ketchup first.

Apparently, Evans’ daughter didn’t think the frog tasted like chicken but at least it looks like she had a good time hunting for them.