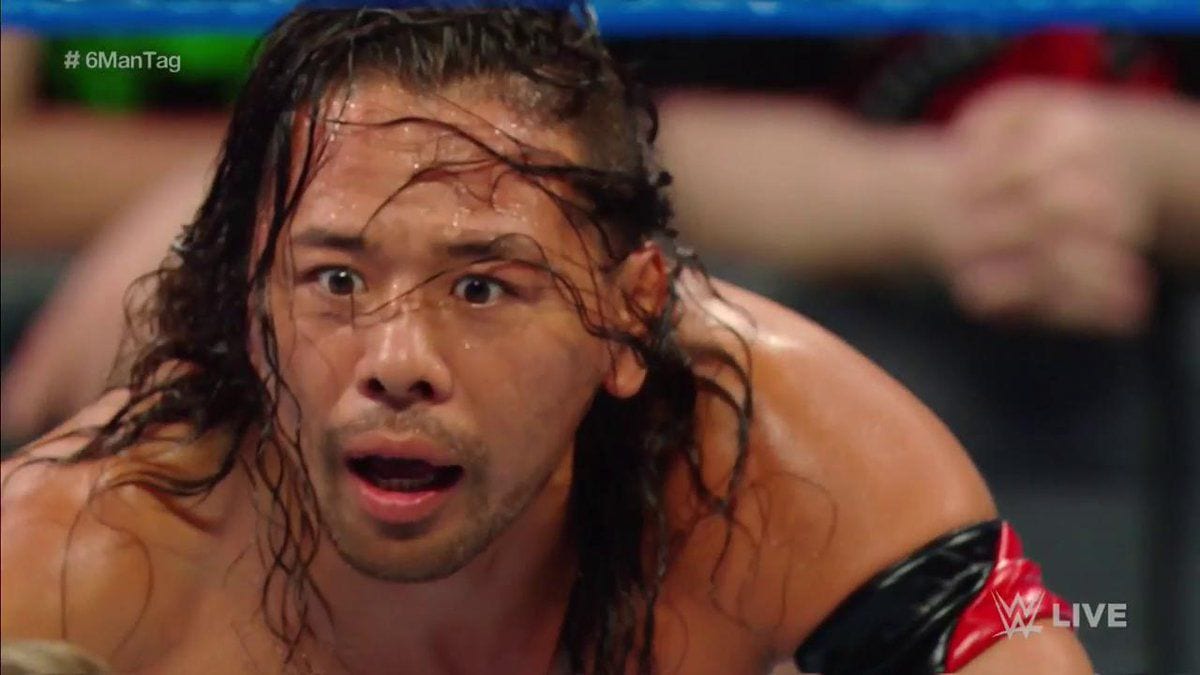 When Shinsuke Nakamura turned heel WWE thought it would be a good idea to switch up his entrance music in an attempt to reflect his change of heart. But as it turns out the Internet Wrestling Community seemed to really enjoy the remix of The King Of Strong Style’s entrance music done by Shadows Of A Setting Sun.

The only problem is that the new version of Nakamura’s song is in Japanese which leads a lot of people to wonder what they’re actually saying.

But just in case you were wondering what the lyrics of Shinsuke Nakamura’s new theme song don’t mean but you’re still in for watching something pretty hilarious, this subtitled version of his music has been floating around ever since his new theme song made its debut.

As you can see, this new version really focuses on Nakamura’s newly found affinity of dishing out low blows.