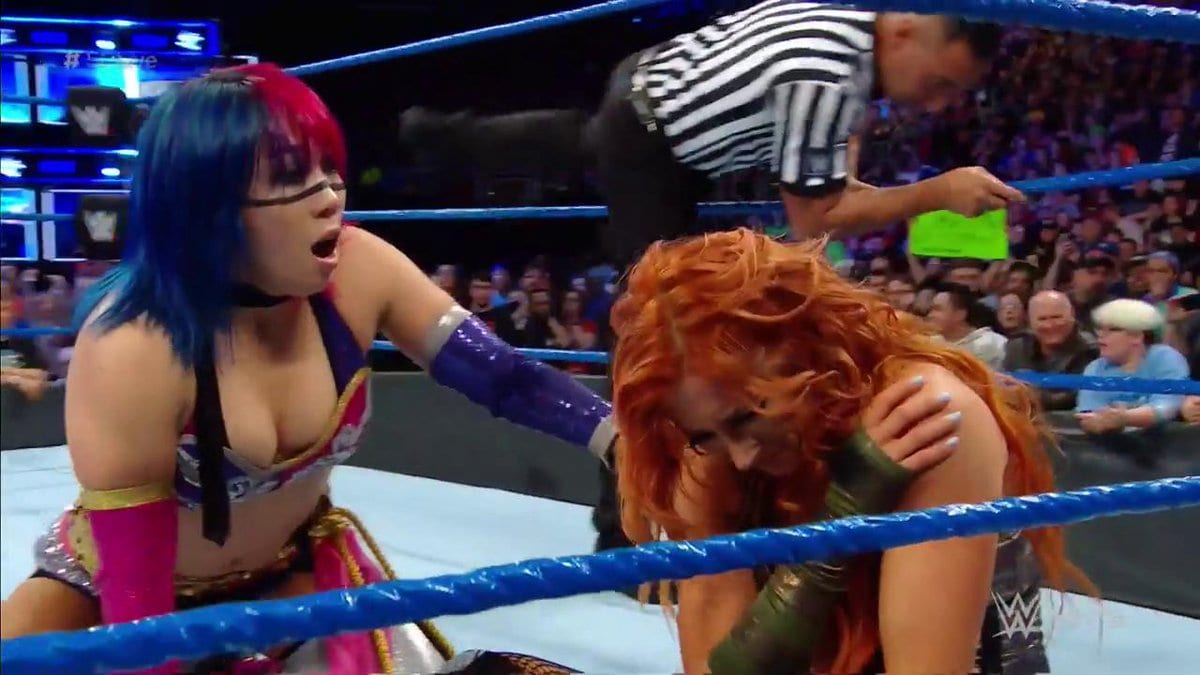 Billie Kay and Peyton Royce want to be taken seriously on SmackDown Live and they’re having a lot of fun in the process while they get massive heat. The IIconics recently defeated Becky Lynch and Asuka in a tag match and even though Lynch was the one eating the pinfall, Asuka was still on the losing team meaning her win/loss record keeps taking a hit.

After their match was over, Kay and Royce were very happy about what they had just accomplished. They said they’re better than Asuka and bantered like happy-go-lucky children for a bit. It’s their gimmick and they do it well but Asuka didn’t seem to be amused.

The Empress Of Tomorrow simply tweeted out, “who are those people? which should give you a clue about how much of an impression The IIconics really made in NXT.

Only time will tell if/when Asuka gets her revenge on Billie and Peyton but its probably going to happen eventually.

Are they BETTER than @WWEAsuka?! pic.twitter.com/7nY0EMrx50

Who are those people 🤡⁉️ https://t.co/EqIhXvqZTl