Russo points out that Andre the Giant and Hulk Hogan created a special moment at WrestleMania 3, and when he became a writer he learned from the prior generation and spun that into 1997’s pop culture. On the other hand, today’s performers are completely ignoring prior generations and are taking it upon themselves to change the business entirely which he doesn’t agree with at all. 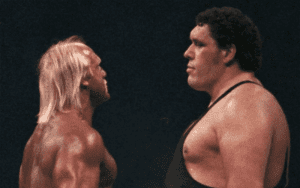 Lane mentions that Bruce Prichard and Conrad Morgan are taking their extremely popular podcast, “Something to Wrestle With” to the WWE Network. Russo thinks this is a great thing for Prichard, because he knows that Prichard is a WWE guy through and through. However, Russo doesn’t think Prichard is going to be as unfiltered on this show as he claims he’ll be.