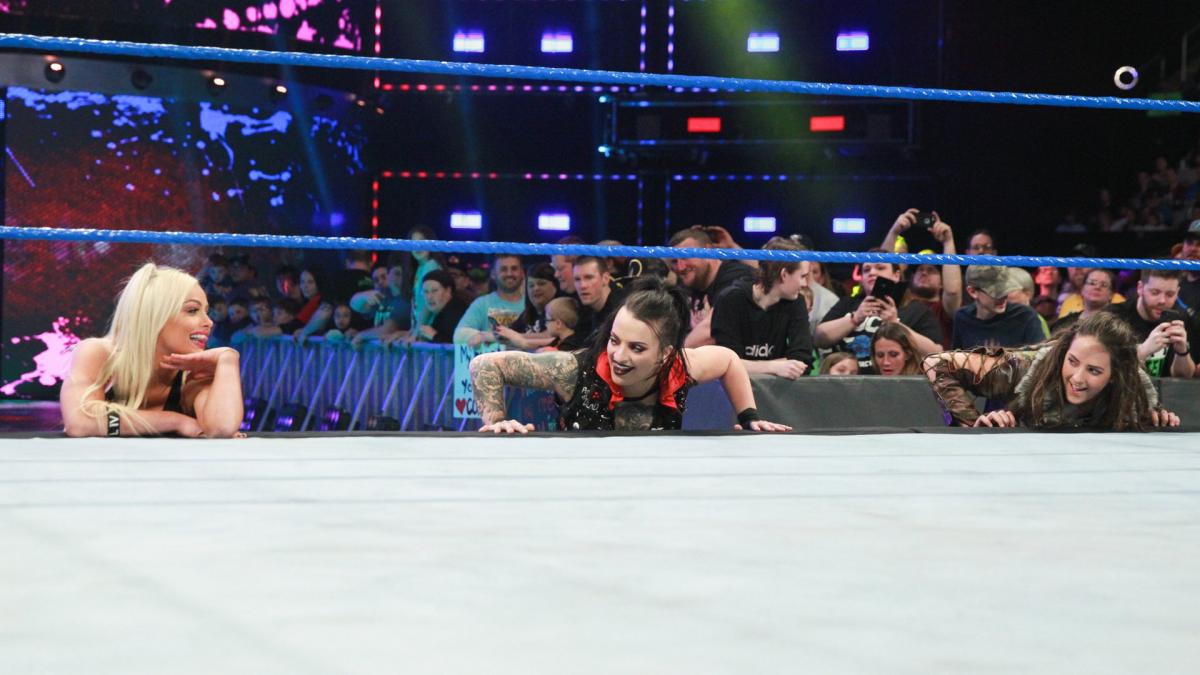 The Riott Squad really enjoys themselves both in the ring and on the road. They have a bond that might be a shame if it is broken up during the Superstar Shake-Up but they’re living it up while they can.

Sarah Logan is dating Raymond Rowe of War Machine who recently debuted in NXT the War Raiders. While they were hanging out backstage, Logan and Ruby Riott took the opportunity to see what it would be like to be part of the famous ROH and New Japan tag team and you could argue they pull off the look well.

When Raymond Rowe saw this he was obviously amused and proposed they change their name to the Riott Raiders or War Squad from this point onward which kind of has a nice ring to it.