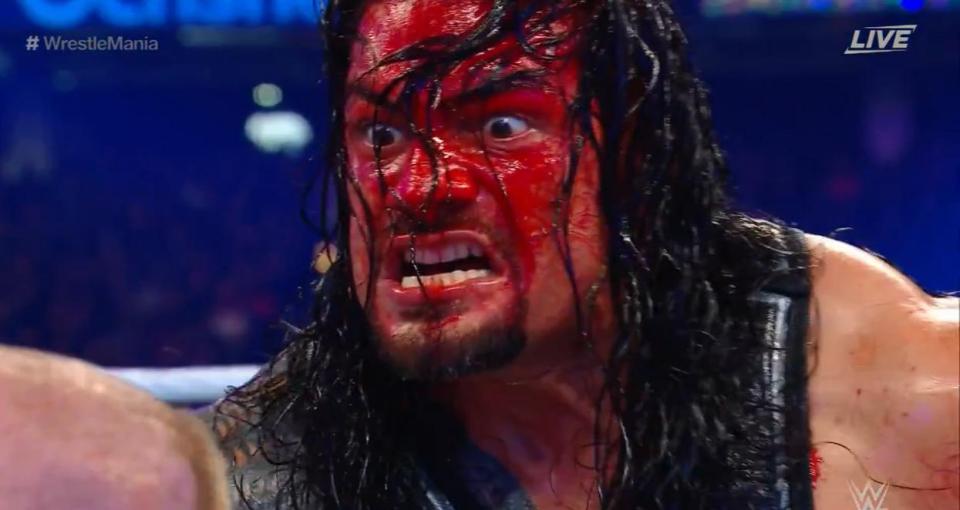 Roman Reigns and Brock Lesnar fought in the main event of WrestleMania 34 in what turned out to be a bloody match as so many Lesnar matches are.

It was said in the Wrestling Observer Newsletter that Vince McMahon and Roman Reigns were aware of the blood at the end of the match and had agreed to it beforehand. So Lesnar was supposed to throw an elbow to cut open Reigns’ eyebrow after taking his gloves off during the closing minutes of the match.

Roman Reigns’ face showed some signs of real punishment to indicate actual strikes landed but there are still people who still claim blading took place even though it wasn’t seen happening and everyone apparently knew Lesnar was going to bust Roman open the hard way.