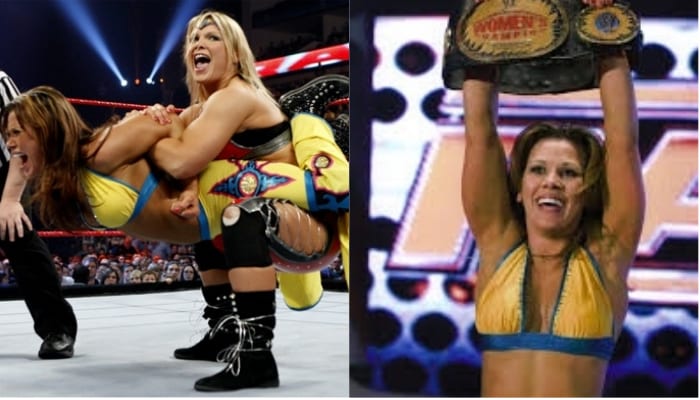 Women’s wrestling in WWE has changed a lot in the past few years and ten years ago it was an entirely different situation. But WWE still had some amazing female talent, they just had to work with a much smaller window of time in the ring.

Ten years ago today Mickie James won the WWE Women’s Championship from Beth Phoenix. At this point, Phoenix is a WWE Hall Of Famer and Mickie James is still working as a full-time Superstar. But when the 10 year anniversary of this big match was brought to Mickie’s attention she just had to thank Phoenix once again for putting her over.

Beth Phoenix replied saying she will never forget how special that moment felt. Judging by the way Phoenix performed during the Royal Rumble this year she could plausibly step back into the ring to create even more special moments. But Beth’s new role on the commentary desk is a nice consolation.

Either way, Mickie James and Beth Phoenix won’t soon forget all of the great memories they were a part of to get them to where they are today.