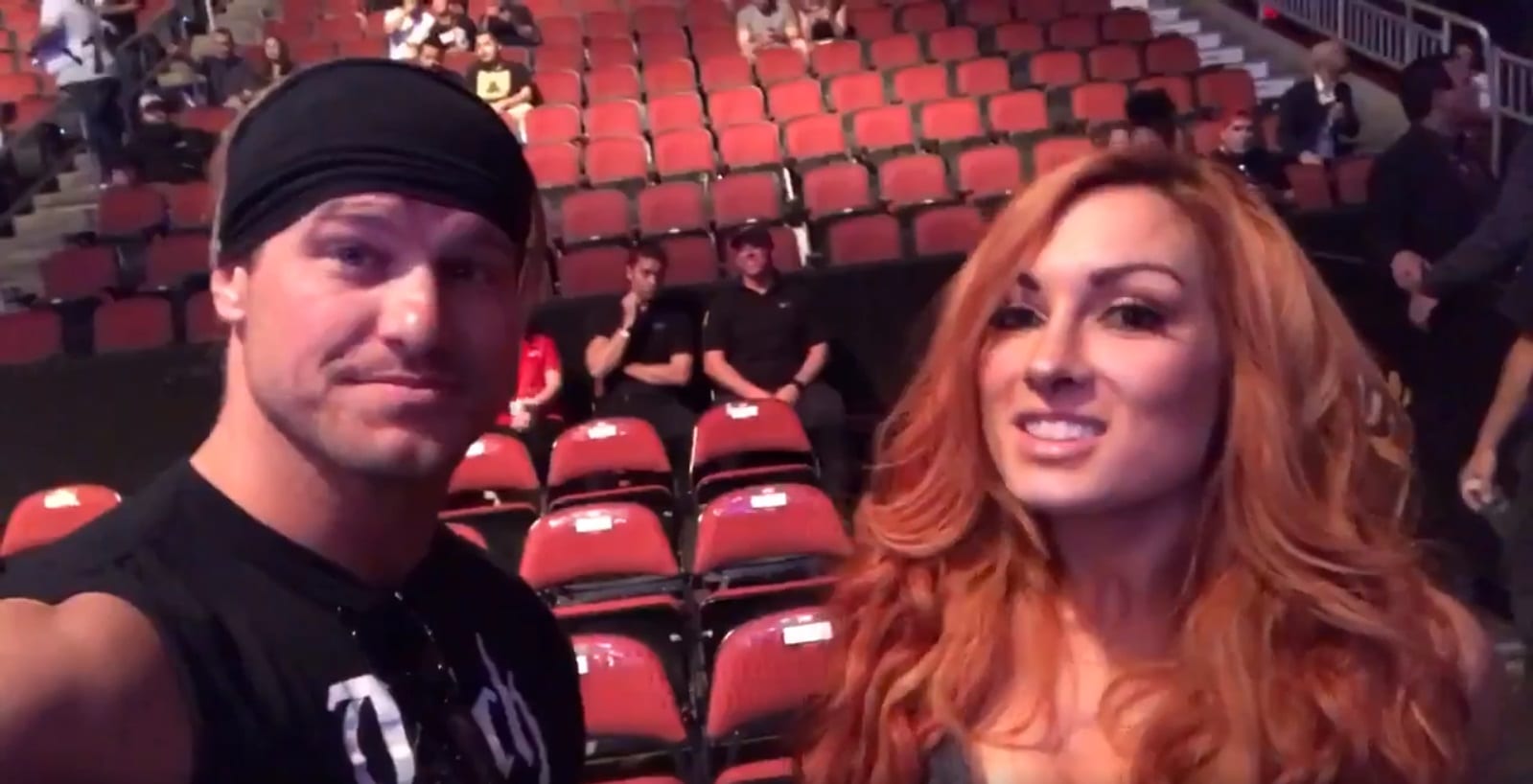 WWE and UFC seem to be getting along pretty well even though they’re essentially competing for the same space.

It’s not anything new to see WWE Superstars at a UFC event, but Dolph Ziggler and Becky Lynch recently popped up on UFC’s Twitter account to hype the UFC Glendale fights. After all, WWE Superstars are usually just in attendance and not so much seen promoting the show.

Becky Lynch said they’re in Glendale to support Luke Sanders who also happens to be her boyfriend. It wasn’t that long of a promo, but the two SmackDown Live Superstars sure seemed excited to be at the fights.

Here we go! @WWE Superstars @HEELZiggler and @BeckyLynchWWE are fired up for #UFCGlendale! Fights start NOW on @UFCFightPass! pic.twitter.com/fCcAfzH5rL