He had a great time at WrestleCon, where he was able to meet with lots of fans who were very excited to see him. He points out that he tries to greet each fan and look them in their eye, because he believes they deserve that. He adds that these fans aren’t travelling around the world and standing in lines for autographed pictures; they’re looking to have a good experience while meeting someone they’re a fan of, so he tries to make that happen for all of his fans. 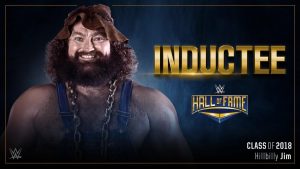 Speaking about the Hall of Fame Ceremony, X-Pac points out that as far as he knows, inductees were given time limits for their speeches this year. Unfortunately, that didn’t seem to matter much because the event was very long. He points out that he loves Hillbilly Jim, but he thought Jim killed the whole thing and took the air out of the entire building with his lengthy speech.

Speaking for that long is very selfish in X-Pac’s opinion, because it has a negative effect on the speeches that are yet to come. He felt very bad for the inductees who had to speak later in the show because lots of fans and talents had to leave prior to those speeches.