Hart informs that he’s had a rough few months. He spent 7 and a half months in jail after being involved in a police chase that lasted an hour and a half. He was tasered multiple times by police and he thinks he was drugged that night which led to this whole mess. He says he smokes a lot of marijuana, but he’s never really been that messed up. He was in such an altered state that the taser could not keep him down, and that’s why the police had to taser him multiple times.

This was a terrible incident for him because he was just starting to get his life back in order after his divorce from 3 years ago. He was dating a beautiful woman and was enjoying life, and this incident resulted in him losing everything. 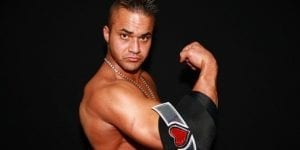 He points out that he was facing 7-10 years in jail for this incident and in an attempt to impress the judge he entered WWE’s rehab program. WWE doesn’t enter people into that program due to marijuana consumption, so even though he doesn’t really drink he claimed to have alcohol issues in order to enter the program.

While awaiting trial in he says he lost faith and didn’t even want to train or work out. Although everyone in jail treated him well because they recognized him from the wrestling business, he was very depressed and lost hope of ever reclaiming the life he knew.