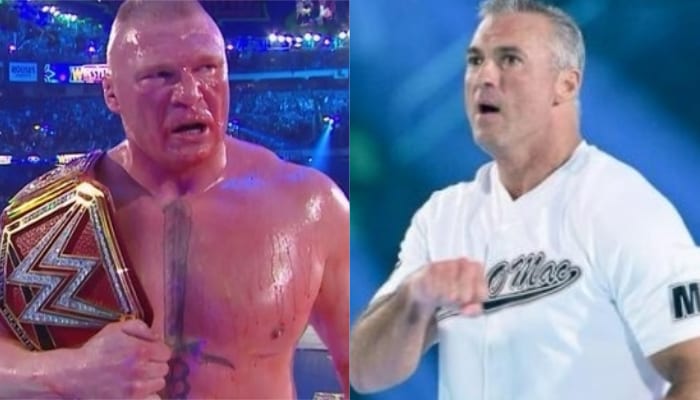 The backstage confrontation between Brock Lesnar and Vince McMahon is very interesting. As more details came out we told you everything we heard yesterday. But it looks like Dave Meltzer was able to elaborate on these events even more on Wrestling Observer Radio.

“As far as Shane goes, as far as the belt throw… for all we know this could all be a work. Nobody really knows. I mean the people who were there did not think it was a work but they also know that they were all worked on the finish.”

Although WWE could be trying to tell a big story here with “leaked” information, Meltzer noted that people in the room thought it was real. Of course, they also didn’t like the way that they had just been swerved during the finish of the main event either.