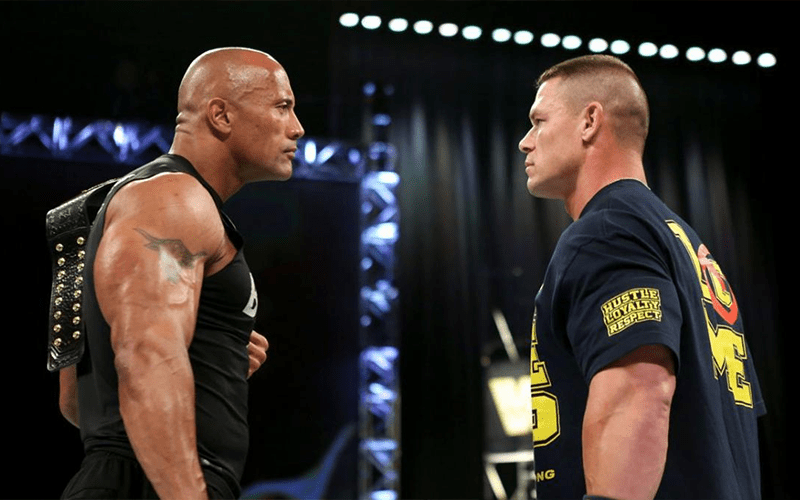 The most electrifying man in sports entertainment history just appeared on the Jimmy Kimmel Show to promote his new blockbuster Rampage. (Yes, based on the arcade game.) Besides discussing a variety of topics like how much Rocky loves buying people cars, Kimmel brought up the Brahma Bull’s relationship with the franchise, and star of the new Seth Rogen produced Blockers, John Cena. When the conversation transitioned into their WWE feud, The Rock confirmed what much of the wrestling universe had always suspected.

We had a great rivalry in the WWE. Here’s the thing, you can ask him about this. In the world of wresting as you guys know, it’s fictionalized, it’s a T.V. show. But we had, our rivalry, now we can look back on it…It was so real. We had real problems with each other. We really did. Which by the way, at that time, they still were doing the PPV model. We broke records, WWE records with our PPV.

If you recall, Cena kept putting The Rock down for turning his back on the fans by leaving and becoming a Hollywood sensation. Seeing how Cena is following the the very same footsteps, it makes sense that they built a friendship off of all that disdain.

Now what’s great about our relationship is he’s one of my best friends. We talk all the time.

Check out the full clip below.