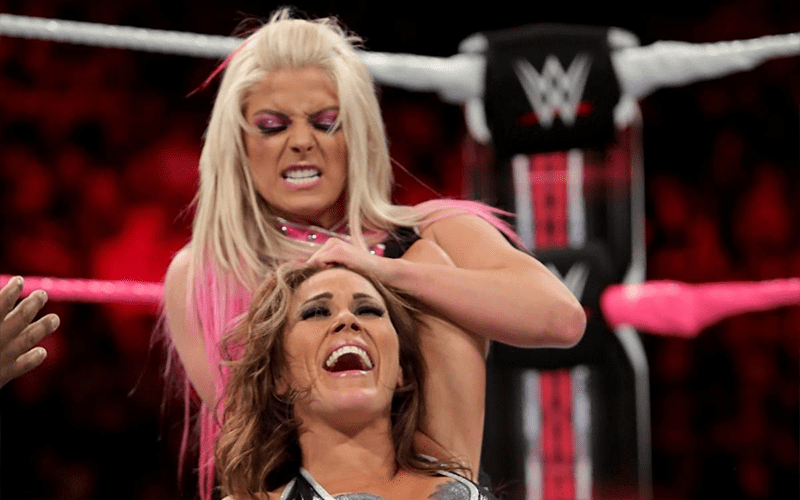 WrestleMania will feature two big Women’s Championship matches and Alexa Bliss is really looking forward to figuring out a way to screw Nia Jax over once again and hang on to her Raw Women’s Title.

Alexa Bliss recently spoke to NHL.com about her favorite team, the Columbus Bluejackets and how her family has owned season tickets since she was in sixth grade. She also talked about how much she loved the Bluejackets’ cannon which fires off every time there’s a goal for the home team.

But things got very serious when they brought up the fact that WrestleMania 34 is Bliss’ second Mania in a row where she will be walking in as champion. Last year Naomi was able to pull down the victory and SmackDown Women’s Championship in her hometown of Orlando, but this year Alexa Bliss has different plans for New Orleans.

“Last year I learned my lesson. One second of being distracted can end it all. Last year I was distracted for a split second and Naomi was able to submit me. This year I’ll make sure that I can do whatever it takes to win at all costs. Some people say that I cheat or whatever, I call it strategy.”

So it won’t be cheating if Alexa Bliss wins using underhanded tactics, because it’s just the way she plays the game if you ask her. It’s a good thing there’s no such thing as a penalty box in WWE or Little Miss Bliss might be spending a lot of time there for her villainous strategy.