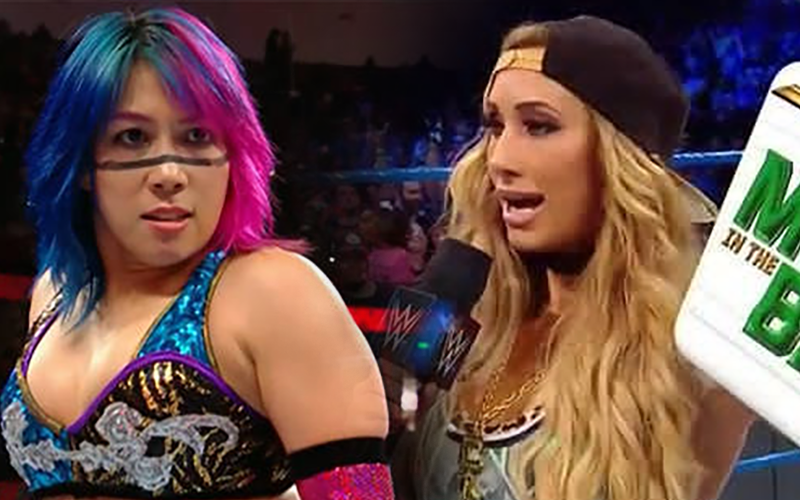 Asuka is in a strange situation right now because she’s fighting for the SmackDown Women’s Championship at WrestleMania but she’s on Raw.

“The Charlotte/Asuka match is definitely interesting… you’ve got to remember the Carmella Factor also. It wouldn’t surprise me I wonder if they’ll do something like Asuka wins and then Carmella cashes in and that way… you know doing something like that and Asuka goes back to Raw? I don’t know.”

This idea brought immediate resentment from Bryan Alvarez who voiced his displeasure about the idea and Meltzer continued to reason why he thinks this is a possibility.

“It’s that kinda like something they would do? Something like really hideous with the idea it’s going to get superheat on Carmella?”

Meltzer also acknowledged the fact that they could always draft Carmella with her Money In The Bank Briefcase over to Raw and have her steal the title from Nia Jax. Either way, it looks like Carmella is still dancing around with that briefcase for a reason so you might need to watch out for her.