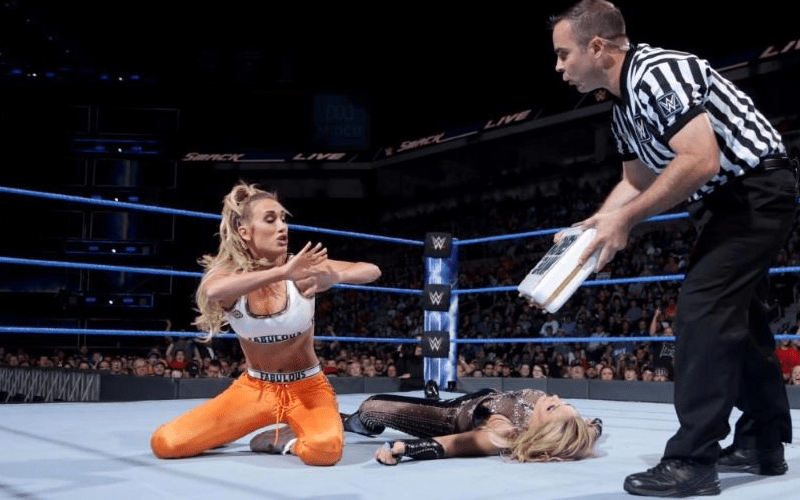 Carmella has been moonwalking around with her Money In The Bank briefcase for long enough but it doesn’t look like she’s done just yet.

With WrestleMania coming up a lot of fans are under the belief that Carmella is going to cash in on Asuka and either lose the briefcase in violent fashion or break Asuka’s undefeated streak in controversial fashion.

“I think she’s going to be drafted and then cash in on Nia. That’s what I think is going to happen. I think the whole reason they’ve been teasing a cash in is to try to put it in your mind that Asuka is going to beat Charlotte and leave as champion which is what everybody is expecting. She’s undefeated, right?”

He then went on to explain his reasoning why WWE might be trying to make fans look another way because they could be playing the real trick while the audience’s attention is diverted. He also continued and put a little footnote on his comments by making a rather bold prediction.

Although since Bryan Alvarez just said it, now that might cause some kind of cosmic happenstance where Carmella defeats Asuka and breaks her streak. But however unlikely that might be, you never want to put anything past WWE and their writing department’s infinite wisdom.