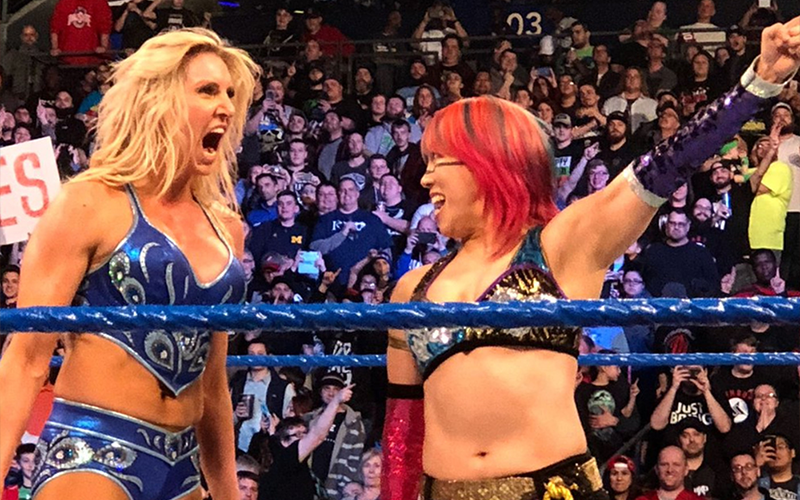 The Nature Girl and champion of the blue brand has been hot in the news on this Easter Sunday. Earlier we released an article about her passion for the wrestling business, and within the last hour it was reported that Charlotte is cleared to return to action on the go home show of SmackDown Live. That’s good news, considering her WrestleMania opponent will be the lady that NO ONE IS READY for, Asuka. It will also mark the very first time that the Queen and the Empress have done battle…ever. While some superstars would be concerned about stepping into the ring with a foe they’ve never encountered, Charlotte embraces it. In fact, it’s what she’s wanted all along. In an interview with Barstool Sports, Charlotte speaks as to why that is.

Because she has so much respect from the WWE Universe and fans worldwide, and she’s different. For me it’s more because there’s such a… I’ve never faced her. No one’s even seen a singles, a tag, nothing from NXT; we have never crossed paths and that is something special in our industry. Because, I mean, you’ve at least wrestled once, right? How have we never touched?

How indeed. Guess we’ll find out in one week if she’ll live to regret that decision.

Or if she’ll live at all. #NoOneIsReadyForAsuka