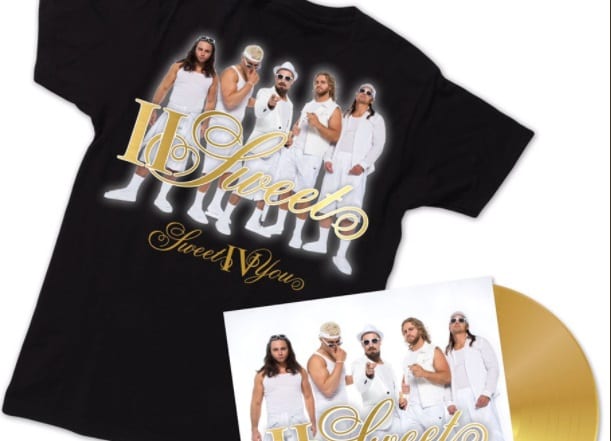 It looks like The Bullet Club noticed a gaping hole in the boyband market since One Direction broke up and they’re stepping in. It might also have to do with the fact that they need people to keep buying their merch at Hot Topic and most fans already have everything they already sell in the massive retail alternative clothing chain.

Cody Rhodes, The Young Bucks, Mary Scurll, and Hangman Page recently took part in a boyband-style photoshoot that was hilarious but the thought of them putting out an actual album is just too sweet.

It’s also interesting how BC used “II Sweet” which might mean they’ve found a clever way around a cease and desist from WWE. It’s also noteworthy that Kenny Omega is absent from this family picture but the Bullet Club is fine.

Either way, you can expect to see this new merch pop up at Hot Topic soon because HT is currently sending out emails to promote the new line of BC merch too.

It's FINALLY here! The best band in the world with their BRAND NEW ALBUM #SweetForYou