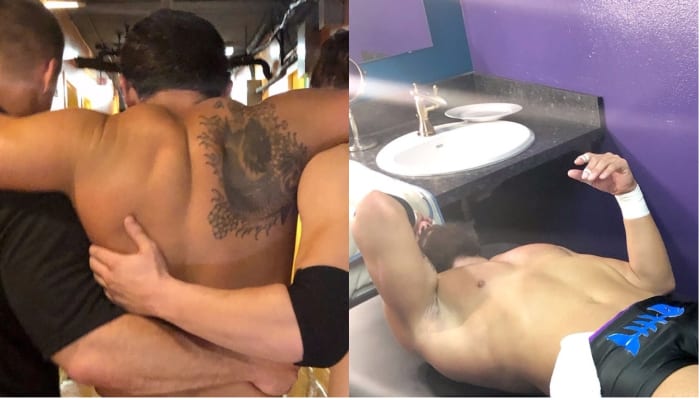 Bobby Fish was injured in early March at an NXT house show and since then they had to totally switch around the NXT Tag Team Title match at NXT TakeOver: New Orleans. But the television storylines don’t sync up with real life so it looks like now is finally the time when WWE will admit that Bobby Fish is out of action. It’s a very good time too with TakeOver being less than a week away.

This could frustrate some fans who knew Fish was already injured but it’s important to remember that this is part of the storyline. It’s just strange we don’t live in a day where WWE can just come out and tell fans how things are pretaped and that Bobby Fish is injured because NXT fans are smart and already knew all of this unless they avoid spoilers like the plague.

But now that it’s official then NXT will continue to build toward the NXT Tag Team Title match on television that we all know is coming for NXT TakeOver: New Orleans.

So thanks for the official WWE update on the situation Cathy Kelley, but we already saw this one coming.