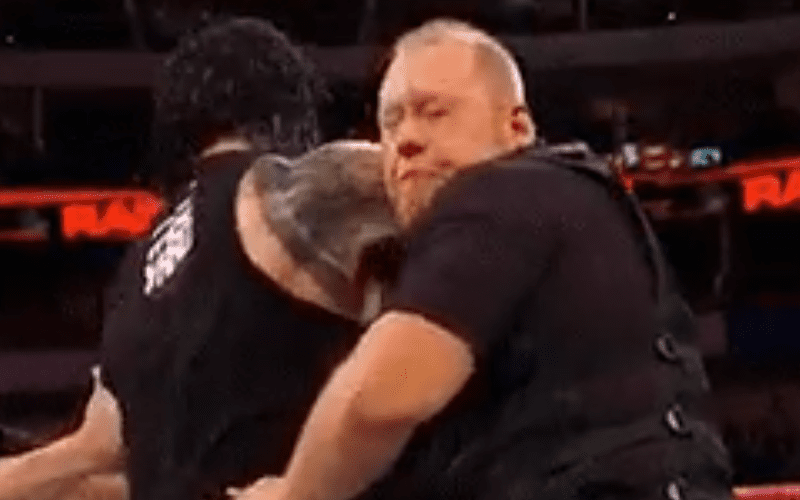 Apparently the US Marshal that was elbowed in the face this past week on RAW did not suffer a dislocated jaw as he claimed he did via Twitter after the incident.

First day on the new job and I get my jaw dislocated. I quit.

Kristpher Haiden, one of the “US Marshals” used on RAW this week, took to Twitter to call us out for covering this as a story. Instead of reaching out to us, he decided to mock dirt sheets for picking up the remarks he made on Twitter.

In our defense, it’s 2018 and you probably shouldn’t go on Twitter and say your jaw is dislocated from an incident if it’s really not because it will become a story very quickly. That’s just the nature of the business.

Update: Haiden has reached out to us and apologized, which you can see in the tweet below.

You’re right. I should have found a way to do so and reached out privately. My apologies for getting heated and doing it publicly.