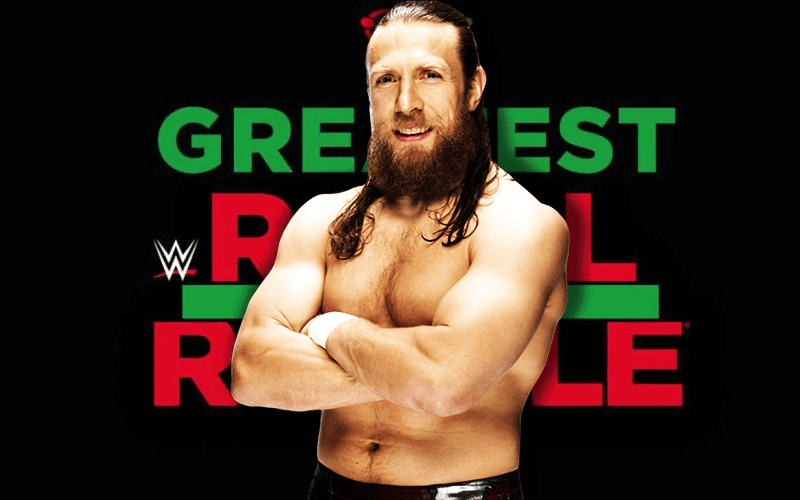 Dave Meltzer speculated on the latest installment of Wrestling Observer Radio that Daniel Bryan could possibly be participating in the upcoming 50-Man Royal Rumble and may end up winning it.

Bryan discussed the match in a recent interview with Alarabiya and revealed that he doesn’t know if he would be included in the match but he is hopeful he will be. Bryan put over the event huge and said it may be more important than WrestleMania.

“This is something that I’m really excited about. I don’t know if I’m coming or not, but I’m crossing my fingers that I am coming to the show in Saudi Arabia on April 27th. Wrestlemania is a big event, the biggest event of the year for us, but I think, historically, the show on the 27th might end up being more important, if you look at where WWE’s trajectory goes and our influence on the region. I think it’s really cool that we’re having such a big show in a stadium in Saudi Arabia with them behind it, because that could be a shift to more shows in the region where we obviously have a huge fan base.”

Meltzer also discussed betting odds from earlier this year that had Bryan one of the favorites to win the Royal Rumble match. This fueled rumors with people in WWE that Bryan was going to be cleared but Meltzer said that’s not true and it had nothing to do with people knowing Bryan would wrestle again.