Christian points out that you can’t do this type of thing too often because it could grow old quickly. Edge agrees, noting that Hardy also has to find the right opponent in order to make this type of programming work. 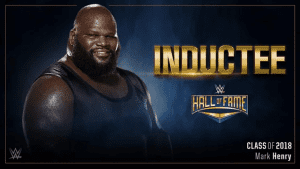 Edge and Christian welcome Bret Hart and Steve Austin to the show to discuss their iconic match from WrestleMania 13.

Austin informs that he was thrown off when Vince McMahon told him this was going to be a submission match. He wasn’t a submission wrestler and he voiced his displeasure to McMahon because he truly thought WWE was putting him in a bad situation. He admits to thinking that he and Hart were going to stink the joint out that night, but they did the exact opposite.

Austin also wasn’t sure about the finish, with him passing out in Hart’s Sharpshooter. McMahon guaranteed Austin that it would work, and he was right. Hart told Austin at that time that if he was going to pass out in the Sharpshooter, he needed colour (blood). There was a strict no-colour policy in WWE at this time and Austin didn’t have much stroke in the company, so Hart offered to do the job for Austin.