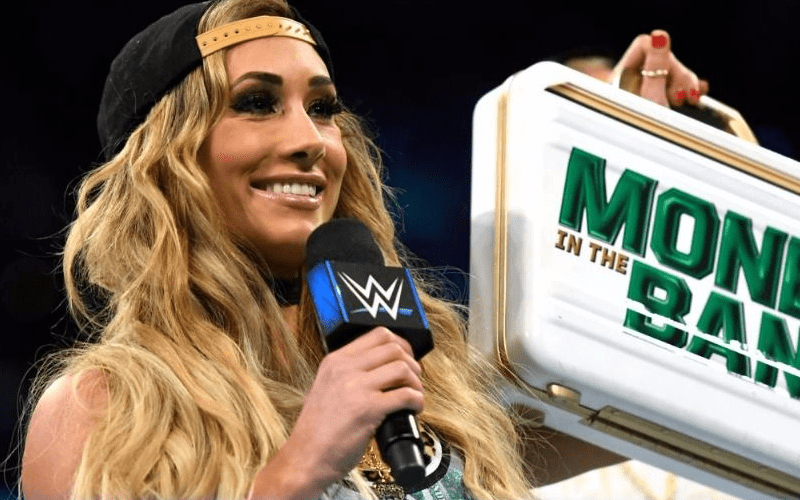 As previously reported, Brad Shepard of BodySlam.net reported on the recent installment of Backstage in WWE with Brad Shepard & Jon Fisher that there have been discussions of having Carmella finally cash in her Money in the Bank contract at WrestleMania and LOSE.

In an update, Carmella responded to the report by mentioning that if it’s on the internet, it has to be true.

Well if it’s on the internet, it’s definitely true!!! https://t.co/3nCaeTQXkH

If in fact Brad’s claims are correct, it’s not like Carmella is going to go on social media and say, “hey, I am going to lose at WrestleMania when I cash in.”