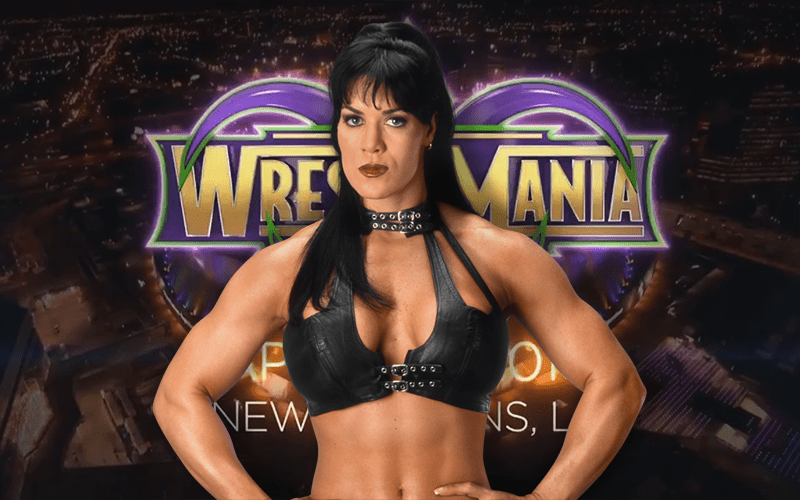 As previously reported, WWE decided to change the name of the Fabulous Moolah Battle Royal at Wrestlemania 34 this year after all the negative feedback, several petitions and Snickers being upset over the whole ordeal. The company is now using a generic name for the match, the “WrestleMania Women’s Battle Royal.”

A new petition has popped up after the changing the name and now fans want the WrestleMania match to be named after the late Joanie “Chyna” Laurer. The description for the petition reads:

As many of you may have already heard, WWE has decided to change the name of the “Moolah Memorial Battle Royal” to the “Wrestlemania Women’s Battle Royal”. Now in all honesty that name really sucks so I believe they should name it after “The 9th Wonder of The World” Joanie Laurer, or better known as Chyna to most, is probably the most popular and quite frankly the most deserving of this honor. Her history is well know amongst diehard fans and casual fans alike and while WWE may fear that her life after WWE would pose a problem to be real no one really cares hahahaha. NO ONE is honestly going to be mad at the name change, people were actually wondering why it wasn’t named after her in the first place. So I figured if I can make this petition and get enough eyes on it to possibly make it go viral WWE, or better yet their sponsors (Shoutout to Snickers for helping to get Moolah outta her), would reconsider and do the right thing

Given the history between WWE and Chyna, it’s very unlikely that the company would dedicate a WrestleMania match after her, but stranger things have happened. As of this writing only four people have signed the petition. If you would like to sign it, you can do so at this link.