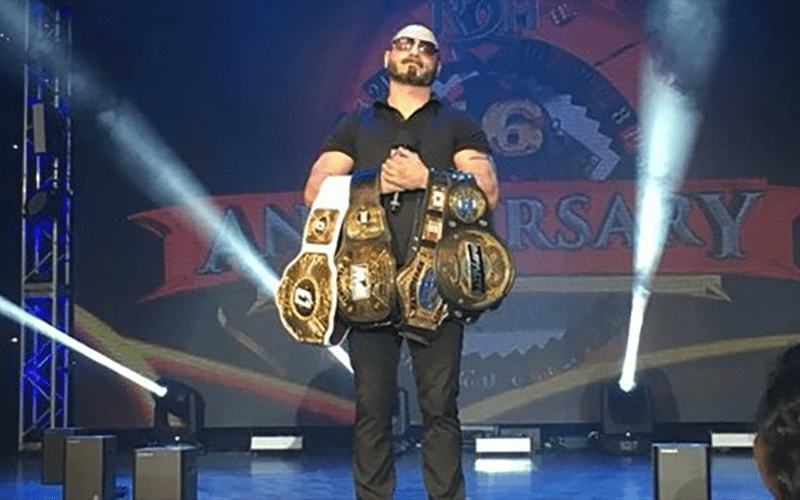 Aries was not referred to as the Impact Champion but did have a number of title belts with him when he appeared, including the Impact Title. Aries challenged ROH TV champion Kenny King to a match while cutting a promo.

Here is footage from his appearance: