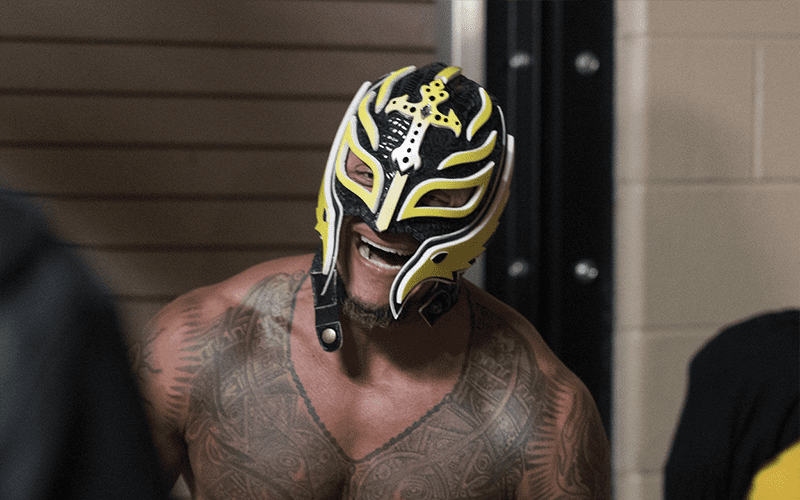 PWInsider reports that Rey Mysterio is scheduled to undergo testing today to determine the severity of his arm injury, which is feared to be a bicep tear.

As previously reported, the injury occurred during the final minutes of the main event of Northeast Wrestling’s Wrestlefest 2018 in Waterbury, CT this past Friday, with Mysterio teaming with Flip Gordon to defeat Joey Mercury and Caleb Konley. Mysterio’s arm was a little swollen after the bout, but he was not seen holding the arm backstage. Mysterio rushed out of the building shortly afterwards.

Regarding Mysterio’s status with WWE, Mike Johnson had claimed that Mysterio had a meeting with Triple H scheduled before he suffered the injury but also claimed Hunter had to pull out of the meeting because he had to go to Saudi Arabia to finalize a new live event’s contract there. We questioned the authenticity of that claim as it seems very unlikely WWE would have scheduled Triple H to have a meeting with Mysterio and also have him fly out to Saudi Arabia at the same time.