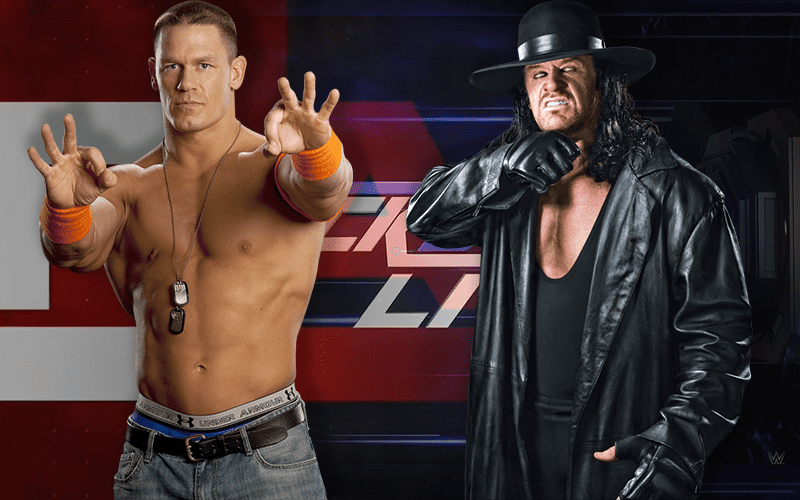 As previously reported, John Cena is expected to face The Undertaker at this year’s WrestleMania 34 event. The company teased the match on RAW this past week and has already got the build in motion.

Regarding the match build, the belief is that Undertaker won’t respond to Cena until after the WWE Fastlane event, where Cena is scheduled to compete in a Fatal 6-Way for the WWE Championship. According to the @WrestleVotes, a Twitter account that has broken several major stories, the build is expected to actually take place on the SmackDown Live brand and not RAW. The account indicated that there could be a crossover onto RAW but that remains to be seen.

“The Undertaker / John Cena program has been shifted to Smackdown Live. As it builds, it may lead over to Raw at times but TBD.”

Do you believe this is good booking on WWE’s part to have the feud on SmackDown? Sound off in the comment section below…