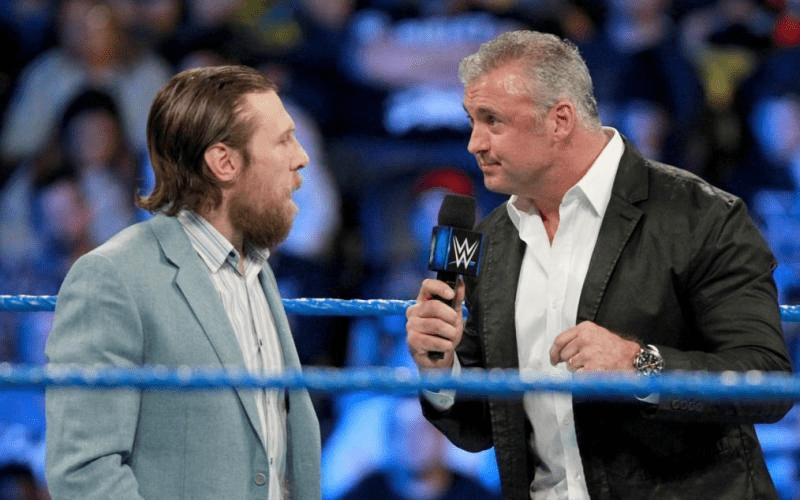 While discussing this week’s episode of SmackDown Live on the latest installment of Wrestling Observer Radio, Dave Meltzer mentioned that there is still the possibility that Daniel Bryan could return to the ring and possibly have a match against Shane McMahon but it would take a lot of convincing to WWE doctor Joseph Maroon.

Meltzer pointed out that the ratings for SmackDown have gone up slightly since they started the whole Shane vs. Bryan program and indicated that the match could happen if he was to get cleared.

“Every since they started doing this Shane McMahon vs. Daniel Bryan stuff the ratings have gone up. I think that the people are into it but I don’t think they realize that it isn’t leading to a match, although it could. The guy could get cleared. Just so everyone knows, it is far from out of the realm of possibility that he gets cleared.”

Meltzer mentioned that the match is currently not in the plans for WrestleMania but could possibly happen at SummerSlam this year instead.

“We’ve said over and over, there are many doctors who feel that he’s fine and he’s able to wrestle and the one doctor that counts has not said that. If he can be convinced, the guy will be back. It’s not impossible. I don’t know if it could happen in time for Mania’ but it’s certainly not on the cards for right now. They could still make sense out of this for SummerSlam or something like that but who knows. That’s out of the booking teams hands. That’s a medical issue.”

Do you want to see Daniel Bryan face Shane McMahon? Sound off in the comment section below…