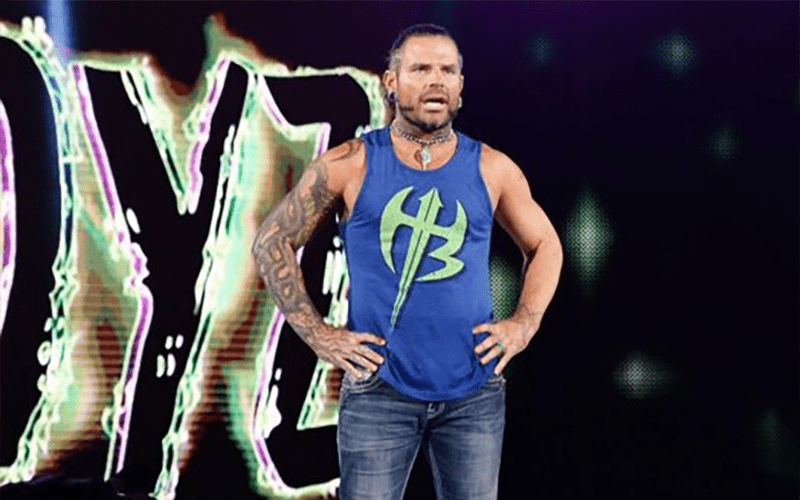 During the latest installment of Wrestling Observer Radio, Dave Meltzer discussed Jeff Hardy’s status and mentioned that he could returning to action very soon.

“Jeff is back training, he should be back anytime soon,” Meltzer revealed.

Jeff Hardy was in Birmingham, Alabama last Tuesday to be evaluated on his surgically repaired torn Labrum and torn rotator cuff. Hardy suffered the injury back in October and his recovery time was initially four to six months.

Meltzer speculated that once he returns to action, Jeff will be paired back up with his brother Matt. The belief is that they could be going after the RAW Tag Team Championship titles at WrestleMania this year.