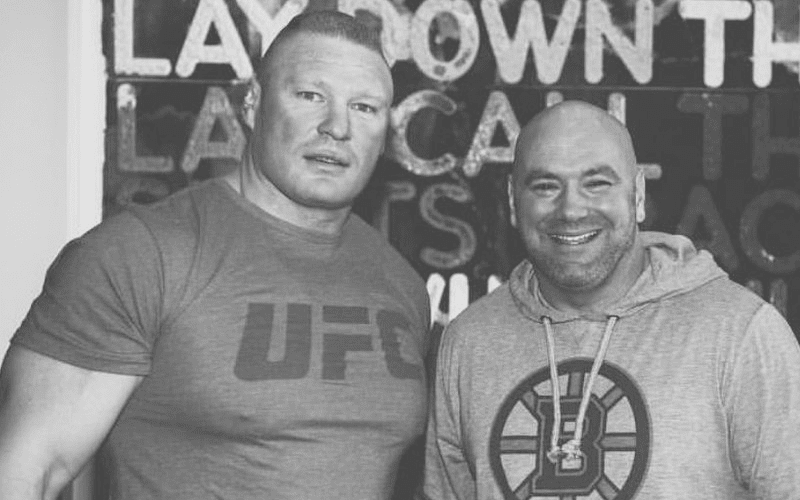 Dana White took to social media during tonight’s Elimination Chamber event and shared what looks to be a recent photo of himself with Brock Lesnar. What’s interesting about the photo is Lesnar is wearing a UFC t-shirt.

As previously noted, there has been a lot of talk that Lesnar could be leaving WWE to head back to the UFC after his contract with WWE expires shortly after WrestleMania. There is a clause in Lesnar’s contract that would keep him in the WWE until August.

We will keep you updated if we receive any other details regarding this photo and Lesnar’s status with WWE/UFC.