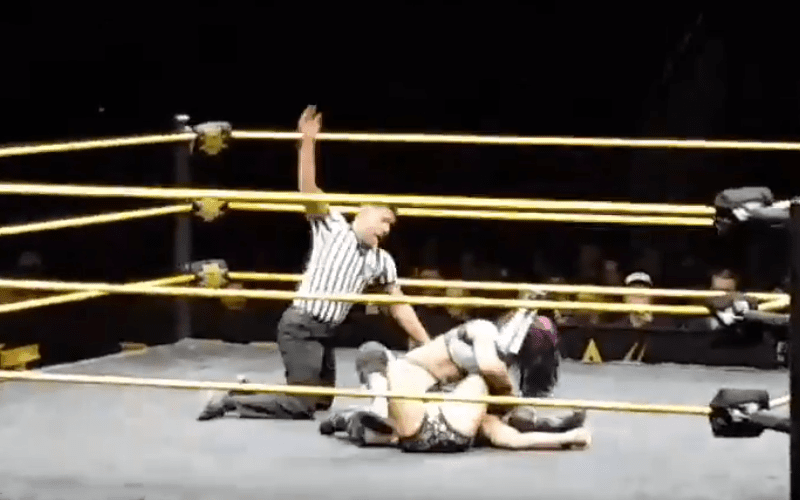 There was a botched finish at Thursday’s WWE NXT Live Event in Mississauga, Canada that saw Ember Moon connect with the Eclipse on Bianca Belair. When the referee went to make the pinfall, Belair actually kicked out at two but the referee called for the bell anyways.

According to Sean Ross Sapp of Fightful.com, this was not the planned finish for the bout and something went wrong. Several individuals on Twitter noted that Belair looked hurt after the match but it’s unknown at this time if that’s the case.

Dr. StrangeEclipse… and how I learned to kick out of the most over finisher in #NXT. #Botchamania #NXTmississauga @Maffewgregg pic.twitter.com/EV0J2CtvIp

No, she was not booked to kick out of Eclipse on a house show

@davemeltzerWON Bianca Belair looks hurt. She kept grabbing her neck. Match against Moon ended strangely, and abruptly. Belair left via a side exit with a couple of staffers beside her

@davemeltzerWON Bianca Belair just got hurt taking Embers finisher in Mississauga. Awkwardly kicked out of the finish, they counted it anyways and rushed her out of there.