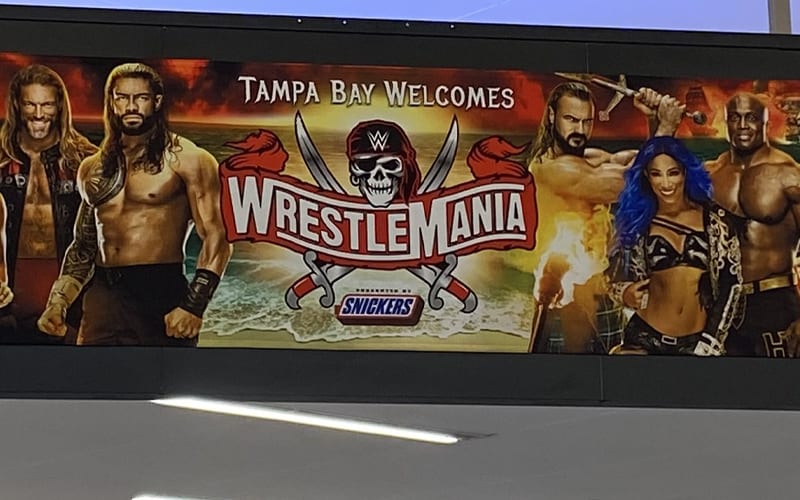 WrestleMania is this weekend and Tampa is gearing up for the big event. Fans are starting to arrive in their destination city and they will have signs of Mania as soon as they land.

The Tampa airport is displaying big signs for WrestleMania as fans get off their flights. The event will hold 25,000 people, far less than the full capacity of Raymond James Stadium, but plenty of fans will still be flying in.

Tampa was set to host WrestleMania last year, but that was changed around for obvious reasons. Ringside News exclusively reported in July that Tampa would get WrestleMania 37 and that is what happened.

You can check out the new signs that have started popping up below.