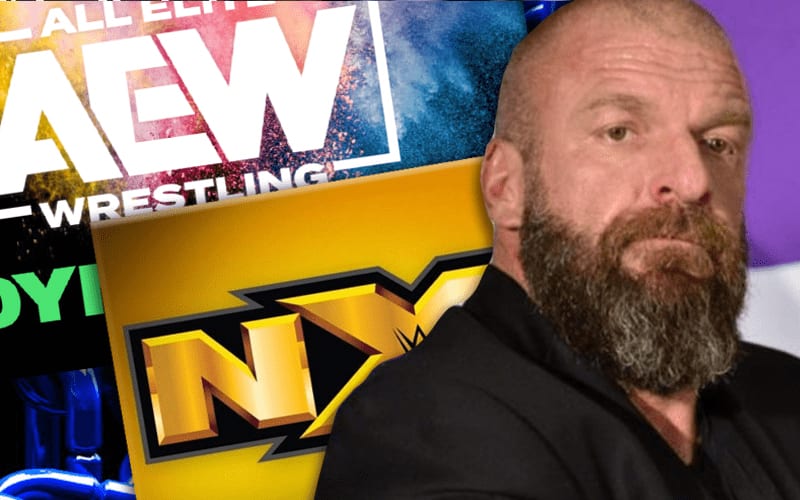 The Wednesday Night Wars will officially come to an end next week as NXT will be airing on Tuesdays from April 13.

It was suggested by recent reports that Triple H told NXT talent that AEW tried to “bully” them away from airing on Wednesday night.

While speaking on the post-NXT TakeOver conference, Triple H denied ever saying AEW tried to bully them.

“It was a conversation with our talent that was exactly that, it was informational to tell them where we’re going. Meetings that we have all the time given COVID restrictions. We had a lot less than we normally would. As far as the content of the meeting that was reported by a lot of people and elsewhere, completely inaccurate. Never said, never brought up, nobody else was ever brought up, nothing about other people, wasn’t about other brands or companies or anything else. It was a factual meeting to tell people where we’re going, where we’re headed and to motivate them going into the future. Nothing more nothing less,”

Triple H added that WWE could have told everyone what was said in the meeting if they wanted to.

We will have to see how big of a ratings boost AEW and NXT will receive now that they are on different days.