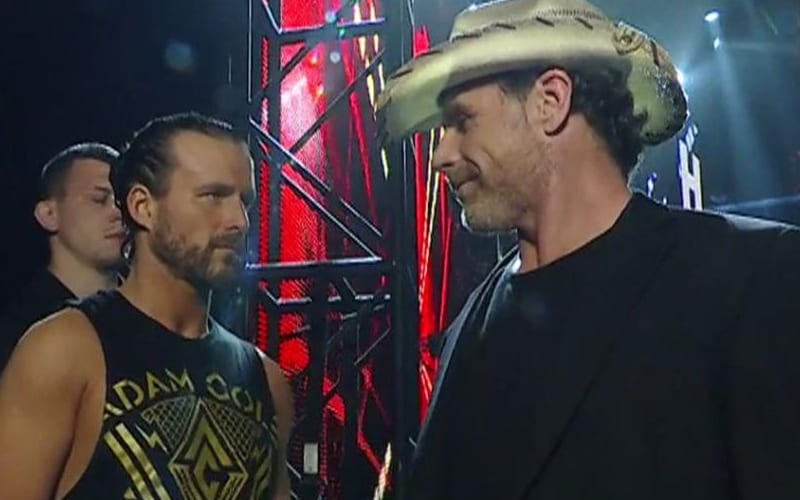 Adam Cole and Shawn Michaels had an intense staredown on NXT last month, which made many fans wonder whether the two will ever compete in the ring.

While speaking on the post-game WWE NXT “Takeover: Stand and Deliver” media call, Shawn Michaels was asked regarding the staredownhe had with Adam Cole a couple of weeks ago. Michaels stated that it made him feel giddy and wished he was 15 years younger.

“Well look, I was walking back from the ring, and he just started staring at me. So I just started staring back. That Adam Cole, if he looks at me wrong, I might have to slap the taste out of his mouth. Na, I’m just kidding. I love Adam Cole! He’s one of my boys. Everybody knows some of the similarities between Adam Cole and myself.

“To me, that was just a fun, awesome moment. That was just a moment between Adam Cole and myself. Got to say for me, it was kind of fun, and it got me a little giddy too because that’s one of those ones that you wish you were 10 or 15 years younger. That would have been cool at one time.”

Shawn Michaels effectively retired after his match against The Undertaker at WrestleMania 26 in 2010. Barring one match at WWE Crown Jewel 2018, Michaels has remained retired and it is doubtful he will ever return.