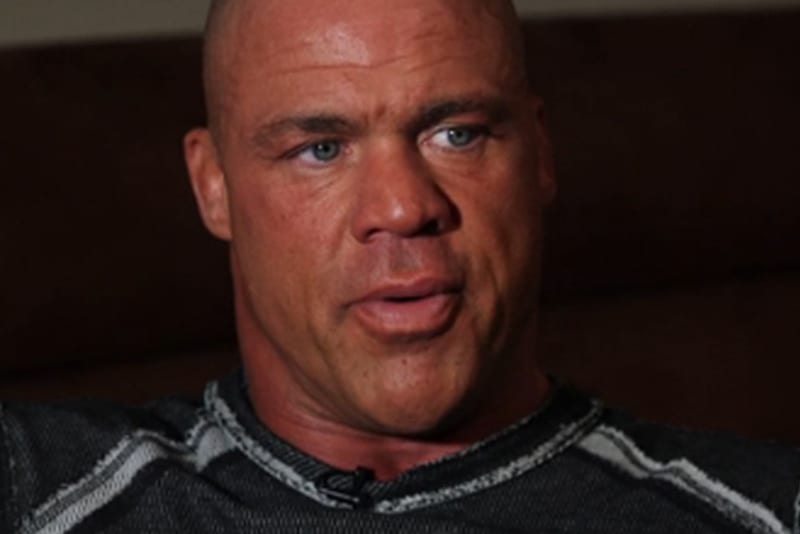 WWE Hall Of Famer Kurt Angle returned to WWE back in 2017 and since then, many fans had wondered whether Kurt Angle would make a new Team Angle with two new Superstars. However, that never happened in the end.

While speaking on ‘Ask Kurt Anything’ Q&A session on AdFreeShows.com, Angle was asked by a listener if there were any plans to form a new Team Angle with Jason Jordan and Chad Gable.

Angle revealed that he wanted to manage both Gable and Jordan, but WWE officials didn’t care for the idea. While Angle reminded WWE officials of the many possibilities with the team, Jason Jordan’s neck injury changed everything.

“I brought it up and they kind of let it go by the wayside. I kept reminding them and I think they would have eventually done it. I think I would have managed both Gable and Jordan but Jordan ended up getting njured.”

“When he got injured, I think the idea fell apart through the table and there was no other, you know, other wrestler (to fill the spot). Just managing one wrestler wouldn’t be a team, so you have to manage at least two wrestlers to make it a team. Since Jason got injured, I think that fell by the wayside and it wasn’t going to happen. I wish it would have, though.”

It is unlikely Jason Jordan will ever make a return to the ring. His personal life doesn’t seem to be doing any better either as he split up with his wife.