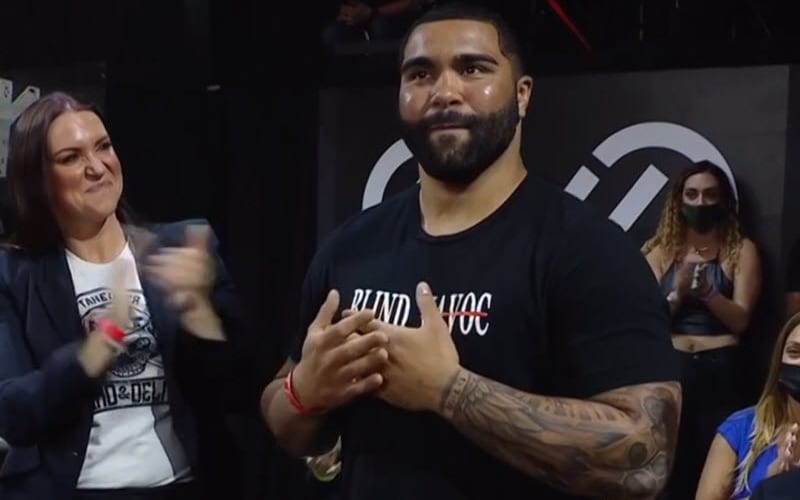 Gable Steveson is an Olympian and NCAAA Division I National Champion and WWE really wants him in their company eventually. It seems that the two sides are closer than ever now.

Steveson, who has trained with Brock Lesnar in the past, appeared ringside during NXT TakeOver: Stand & Deliver. We’re not sure if this means a contract has been signed, but that is typically what WWE is saying when people appear in the crowd like this during TakeOver.

Stephanie McMahon was also next to Steveson applauding away. She was also at TakeOver last night as she stood next to Sarray.