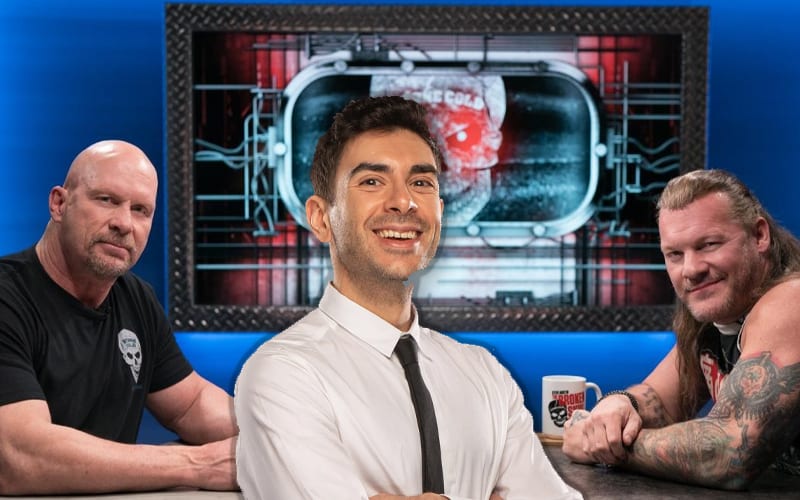 Steve Austin and Chris Jericho made headlines when WWE revealed that The Million Viewer Man will be Austin’s guest on the Broken Skull Sessions. That involvement alone brought a lot of interest to the show as a current AEW star is about to appear on WWE programming.

While talking to Busted Open Radio, Tony Khan was asked why he allowed Chris Jericho to do the Broken Skull Sessions show. Khan admitted that he never considered the idea of Le Champion asking to do Austin’s show. It gave him pause at first, but in the end Steve Austin’s involvement made it an easy sell.

“When I heard from Chris that this was something that they wanted to do I had to think about it for a minute. He and Steve had apparently talked and Steve asked Chris if he had any interest in doing this program; or I guess they had a conversation and it came up.”

“When Chris first came to me, at first, I was taken aback because the idea of Chris doing something on Peacock, on WWE’s channel is obviously gave me pause. When he told me that it was Steve hosting the show, I didn’t have to think very hard about it.”

Tony Khan then went on to speak about his friendship with Steve Austin and how he trusts him. He also said that there isn’t anyone he knows who can say anything bad about the Texas Rattlesnake.

The Broken Skull Sessions with Chris Jericho will air on Peacock this Sunday. It will likely be a newsworthy show, that’s for sure.