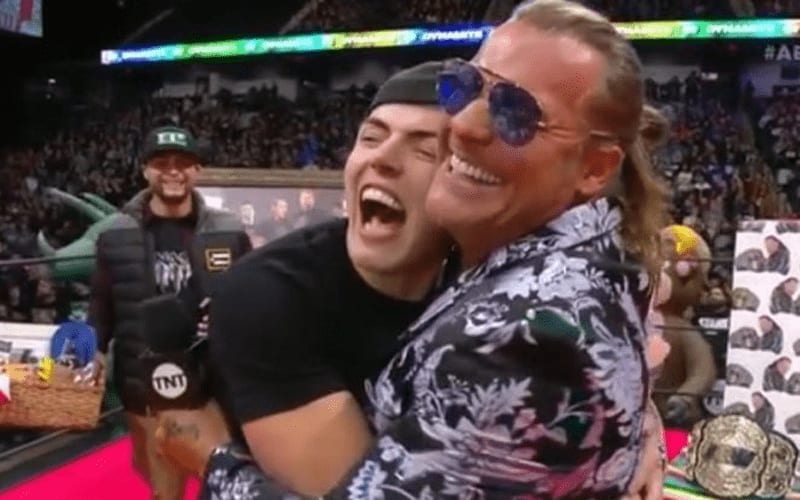 Chris Jericho is appearing on the Broken Skull Sessions and that sparked a very big conversation. Everyone wants to know if AEW is off the table, and now we have our answer.

When asked who his favorite tag team partners were, Jericho had two names to give: Big Show and Sammy Guevara. They moved on and then Jericho continued answering some more rapid-fire questions.

Both Paul Wight and Sammy Guevara are both happily employed by AEW. It is interesting that Jericho picked them as his favorite partners, but he was obviously being honest about things.

Tony Khan said that it initially gave him pause to approve Jericho going onto the Broken Skull Sessions. We’ll have to see what happens in the interview, but Khan trusted Steve Austin to do a great job with it.